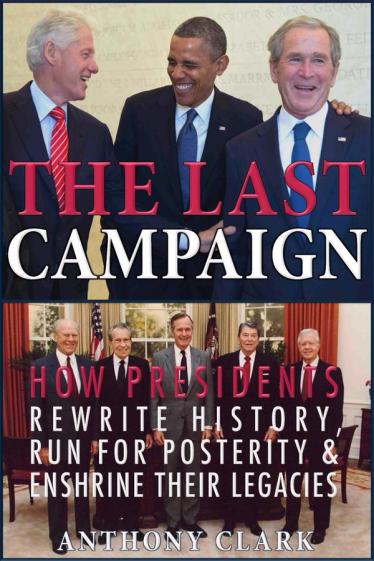 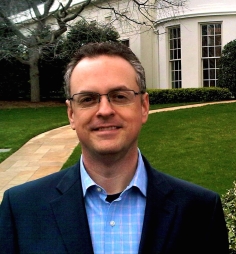 Anthony Clark is a former speechwriter, committee professional staffer, and legislative director in the U.S. House of Representatives. In the 111th Congress he directed hearings and investigations of the National Archives and presidential libraries for the House Committee on Oversight & Government Reform. His new book The Last Campaign: How Presidents Rewrite History, Run for Posterity and Enshrine Their Legacies was published this month [available on Amazon]. Professor Richard Toye [RT] recently interviewed Clark [AC] about how the presidential library system is influenced by power and politics.

RT: This book has taken you years to research and write. It’s clearly a labour of love. But some people would think that presidential libraries are rather a dry subject. What is it about them that you find so interesting?

AC: I began the book believing I would write a simple history of the presidential library system. But as I discovered more and more about the politics that drive the libraries, and inappropriately was kept from seeing hundreds of thousands of the National Archives’ own records about them, I began to change the focus of the book.

The system has strayed from its original purpose: to preserve presidential records and make them available to the public. The libraries have become taxpayer-funded legacy factories, and arms of the national political parties – particularly the Republican Party.

Modern presidential libraries open about four years after presidents leave office, but the papers of their presidencies will not be opened for 100 or more years. History is being locked up for a century due to conscious choices that Congress and National Archives officials have made and continue to make about our priorities, our budgets, and the sensitivities of powerful people.

The politics are fascinating: the site selection process, and what factors make for a winning bid; how they are funded, both with hundreds of millions of private dollars, and a billion dollars of taxes each decade; the exhibits that spin or ignore controversies; the political events, such as presidential primary debates and “debut” speeches by aspiring candidates; and the complex mechanisms that work to keep records – the core mission – closed, and unavailable for a century or more.

RT: You mention site choice, which is clearly fundamental. There has been a lot of speculation recently about where Barack Obama’s library will be located. What are the factors that influence a library’s location?

AC: Certainly, convenience and population density play a role in site selection – they want people to be able to visit – but the two main concerns are the level of support from the state, local government, and/or host organization, such as a university; and, to a lesser degree, the dramatic site itself. The private foundations that build the libraries (and then turn over portions of them to the government) must raise hundreds of millions of dollars to construct and endow them, as well as provide continuing support for programs, temporary exhibits, and upgrades of the permanent exhibits. When the foundations evaluate candidate sites, they weigh both their commitment and ability to support the library, financially and programmatically.

As for the actual site, every president wants to build an impressive library, and set it apart not only from its surroundings but from its predecessors. We see this playing out in the University of Chicago’s proposal to locate the Obama Library within one of two historic parks, neither of which they own or control; rather than on one of the many good-sized parcels of land in the city they do own – none of which, apparently, were deemed to be impressive enough for a presidential library.

RT: You say that the libraries are ‘arms of the national political parties’. Can you give examples of what you mean?

AC: Libraries for presidents from both parties engage in politics to various degrees, but the modern ones take this to a new level. Only two of the last seven have been for Democratic presidents, and both of them – Carter and Clinton – have had the most active post-presidencies in history. Rather than use their libraries as memorials or legacy-management devices, they have rehabilitated themselves through continuing engagement in the political and policy arenas.

Republicans, however, employ presidential libraries to repair a president’s image, promote new GOP luminaries, and advance policy. The Nixon Library’s speaker series is a Who’s Who of ultra-conservative political media darlings and Tea Party favorites. The Reagan Library hosts presidential primary debates and campaign ‘launch’ (and ‘bow out’) events; the George Bush Library welcomes national candidates for major addresses; and the George W. Bush Library is undertaking serious efforts to force a revisionist view of his policies, protecting his legacy, as well as the future electoral viability of his administration’s future stars (and his family members).

No contender for the Republican nomination for the presidency can be considered ‘serious’ without repeated visits to the Reagan Library, including at least one major address, and a public anointing by his widow or former top acolytes. This ritual has been dutifully performed by announced (or presumed) presidential candidates Jack Kemp, George W. Bush, John McCain, Mitt Romney, Newt Gingrich, Ron Paul, Mike Huckabee, Rudy Giuliani, Steve Forbes, Paul Ryan, Chris Christie, Jeb Bush, Scott Walker, Jon Huntsman, Rand Paul, Marco Rubio, Bobby Jindal, Rick Santorum, Ben Carson, and Rick Perry. There is no Democratic presidential library that plays an equivalent role, or anything near it.

RT: You had a long fight to get records relevant to the history of the libraries themselves declassified. What was being kept secret?

Everything from strategic communications about the libraries between presidents and the National Archives (NARA) to routine monthly administrative reports. It wasn’t that the records were classified; it’s that NARA’s Office of Presidential Libraries refused, for more than forty years, to transfer their own records to NARA. In effect, that locked up more than 750,000 pages – both potentially embarrassing and mundane records.

The main thing that was being kept from the public was NARA’s level of involvement in planning presidential libraries. They had always claimed to have been apart from that process, which is fraught with political and financial risks for a supposedly-nonpartisan, independent agency. The records I discovered disprove that narrative.

RT: What was the most surprising and/or shocking document you found?

AC: I discovered hundreds of pages of records documenting President Nixon’s secret plans to build his presidential library on a spectacular site on the Southern California coast, with sheer cliffs, rolling hills, great surfing beaches, and miles of wilderness. The plan was secret because the law prohibits the use of federal property for presidential libraries, and the land Nixon wanted – 4,000 acres and 6 miles of beachfront – was federal property.

Not only that, it was part of one of the largest Marine Corps training bases in the country, Camp Pendleton. The Corps, the Navy, and the Department of Defense didn’t want to give up the land. Congress specifically prohibited the sale, lease, or transfer of the particular tract. And it was during the Vietnam War. But Nixon and his staff took the land anyway. The records include the ways in which the White House acted contrary to law, hid their true intentions for the land, and even created a new federal bureaucracy to cover up their actions. Only his resignation from office ended Nixon’s Secret Library plan. It’s a fascinating story that never has been reported. And it’s dcoumented with records from his presidential library.

RT: Finally, do you have any advice for historians battling officialdom in an attempt to access records?

AC: Know your rights under the laws and regulations that apply to the records you seek and the organizations that administer them. Avail yourself of those rights to the fullest extent, from the very beginning; don’t wait for trouble to arise, and don’t assume good faith. Meet each deadline. Scrupulously abide by the form and substance of each rule. Document everything. While staff-level archivists want nothing more than to preserve the records and make them available, officials and attorneys are acting in the organization’s best interests. In my experience, they will do whatever it takes to prevent records from coming out that are thought to be potentially embarrassing or damaging.

At one point in my Freedom of Information Act (FOIA) struggle with NARA, the FOIA Officer, who had been terribly uncooperative – to the point of being unprofessional – told me that NARA had a new FOIA Public Liaison, to handle problems and complaints about FOIA officers from requesters. She urged me to get in touch with that person, and told me how to look up their name and contact information. When I did, I found that the FOIA Public Liaison was the same FOIA Officer who had been causing me so much trouble.

If it may seem like a game, that’s because it is: a high-stakes, major-league game. In order to succeed, historians and other researchers need to play it at that level, too.