On Wednesday 11 January 2017, the University of Exeter and the TUC’s European Union and International Relations Department will host a public conference at Congress House, London. To register for this event please visit the Eventbrite page for the conference. The event is free to attend and all are welcome but space is limited.

The EU referendum has brought to the fore debates concerning the effects of globalization, migration and casual or ‘precarious’ labour in twenty-first century Britain. These issues are not limited to the U.K., however. Over the course of the past three decades the dominance of neo-liberal economics, and the associated processes of privatisation and de-regulation, have contributed to widening inequality and a decline in formal sector employment across the globe. For organised labour movements these pressures have brought ever greater challenges, as trade unions have fought to resist the erosion of hard won labour rights and protect the living standards of their members. On these issues trade unions have won some notable victories but it is clear that further challenges lie ahead. 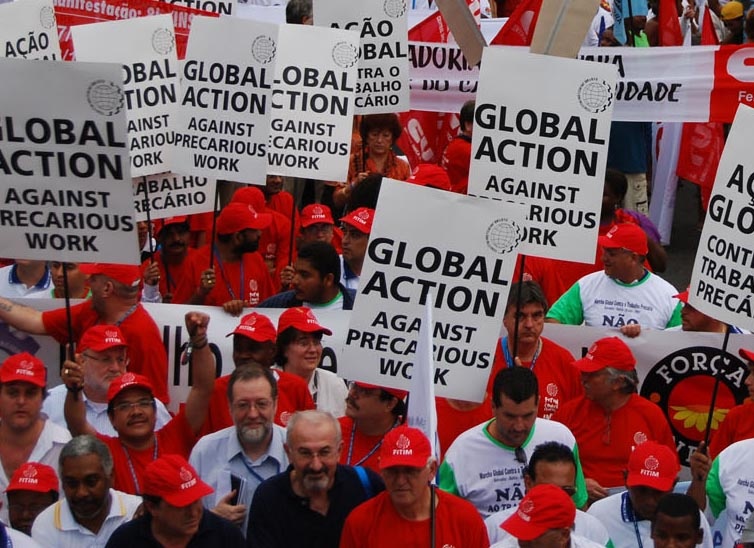 Indeed, for all neo-liberalism’s dominance over the past thirty years, the world finds itself at a crossroads. The 2008 financial crash; the debt and migration crises within Europe; the election of Donald Trump and rise of protectionism in the United States; and Brexit have all served to shake the foundations of the established global order. In turn, these events have led to a polarised debate between those who favour a renewed push for ever-greater levels of global inter-dependence and those that advocate a return to economic nationalism. For trade unions the challenge is not to allow this uncertainty to accelerate recent changes within the labour market, particularly with regard to the exploitation of migrants and undercutting of existing workforces, the rise of precarious labour and the imposition of stricter trade union laws. Instead trade unions should continue their active role in shaping debates about the deleterious effects of casualization and the infringement of labour rights by both states and employers.

The aim of this one day conference is to bring together academics, policymakers and trade union activists to reflect on the impact of globalization, migration and precarious labour and to consider the role of trade unions in the age of Brexit. The workshop will investigate the following questions:

2 thoughts on “Confronting Change: Globalization, Migration and Precarious Labour in the Age of Brexit”