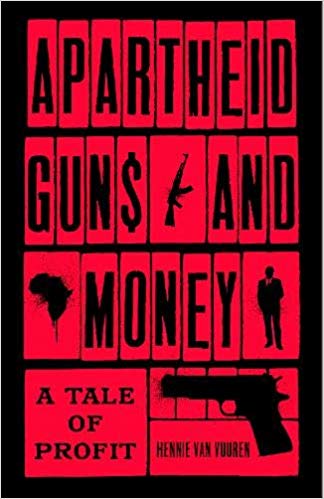 If the first casualty of war is truth, the last act of a tyrannical regime is to attempt to expunge all evidence of its crimes. In 1992, with apartheid’s end in sight, South Africa’s President, FW De Klerk, authorised the destruction by the National Intelligence Agency of 44 tonnes of incriminating material[1]. This was incinerated at night at a location outside Pretoria. Vast amounts of other sensitive records have also disappeared, in what Verne Harris has called a “large-scale and systematic sanitisation of official memory”.[2] But Hennie Van Vuuren and his team of researchers from the not-for-profit organisation ‘Open Secrets’ have been driven by the firm belief that apartheid’s secrets must be exposed, and that truth will out. Over five years of meticulous research they have examined around 2 million documents in over two dozen archives across the world. In South Africa itself, through fifty freedom of information requests, they were able to access recently de-classified papers in eight government departments.

The result is a 600-page blockbuster, now available in the UK (Apartheid, Guns and Money: A Tale of Profit, London C. Hurst & Co 2018). With a focus on the last fifteen years of apartheid, the author argues that the apartheid regime went to increasingly covert and illegal lengths to defend its position in the face of international sanctions and growing unrest in the townships and on its borders. A war economy was built, and around one-third of the state budget was spent on security and the military (though the scale of the expenditure was concealed). Externally, a network of political, business, intelligence and criminal links were constructed in over fifty countries so that South Africa could evade the oil and arms embargo, launder money and circumvent sanctions. Those nations accused of giving succour to the regime are not only those of the West – such as the USA, France and the UK – but, surprisingly, countries such as East Germany, Russia and China who proclaimed their support for the liberation movements. In the case of China, van Vuuren’s remarkable accusation is that while ostensibly backing the Pan-Africanist Congress and, later, the African National Congress, the People’s Republic supplied arms to the South African regime throughout the 1980s (while also continuing to arm its liberation partners).

Van Vuuren contends that from the outset the truth about apartheid South Africa’s corruption, its economic crime and its secretive international networks is obscured by a series of myths about apartheid and its ending. These myths – the most obvious of which is that the coming of freedom in 1994 marked a clean break with the past – clouds society’s capacity to appreciate the damage caused by apartheid’s toxic legacies. He points out that while the Truth and Reconciliation Commission provided some political accountability, those guilty of economic crimes have never been brought to justice. As a result, van Vuuren argues, economic corruption casts a long shadow over present-day South Africa.

The author also challenges the perception that South Africa’s increasingly pariah status meant that it was ‘an isolated state’ during the last decade of apartheid. He accepts that, after the 1960 Sharpeville massacre, boycott initiatives developed across a range of areas, such as arms supply, sport, culture and, later, economic and financial links. The Commonwealth, in 1961, was the first intergovernmental organisation to force South Africa from membership (an act he curiously describes as “independence from the British Commonwealth”[3]). Others were to follow as the global campaign against apartheid, including the imposition of economic sanctions, added support to the liberation struggle within South Africa itself. That notwithstanding, van Vuuren asserts that, as a result of its covert international network, the “banks lent money, the oil tankers kept arriving and weapons systems, though more expensive to procure, remained in abundant supply”.[4] The defeat of apartheid was therefore not inevitable in the 1990s, he argues, and the regime might have lasted another ten or twenty years.

This questionable proposition is undermined by evidence van Vuuren later cites of the huge premium South Africa was forced to pay for essential products such as oil[5] . This was an element of the perfect storm of domestic and international factors which eventually forced the regime to turn to a negotiated settlement after 1989.

The vehemence of Mrs Thatcher’s opposition to sanctions brought comfort to Pretoria and made unconvincing her protestations that she was against apartheid, as some of her backbench MPs reminded her. Denis Thatcher’s casual racism and his links with apartheid are also well known, as is the Prime Minister’s racial attitudes.[6] It is inconceivable that there were not UK companies and middlemen engaged in sanctions-busting, and it is known that the intelligence services of South Africa and the UK maintained a close relationship throughout apartheid, as Niel Barnard describes.[7] That said, van Vuuren does not yet make a convincing case for demonstrating collusion by the UK government in subverting international sanctions, especially those to which the British government were committed. In this case, as sometimes elsewhere in the book, the forceful certainty of the conclusion is rather greater than the evidence presented in its support.

Nevertheless, this is an important book, shining a light on the hidden realities of apartheid’s demise and exposing the malevolent continuities that infect South Africa today. May van Vuuren’s search for truth continue.

Stuart Mole is a postgraduate research student in History at the University of Exeter. He is completing his PhD on the Commonwealth, South Africa, and apartheid. Originally a college lecturer, Stuart then worked in the UK Parliament, first as the Liberal Party’s parliamentary press officer and then as Head of the Office of David (now Lord) Steel, during his time as Leader. For sixteen years he was a Commonwealth diplomat, serving three Commonwealth Secretaries-General, latterly as Director in the Commonwealth Secretariat. He then became the Director-General of the Royal Commonwealth Society for nine years. He is on the Editorial Board of The Round Table: The Commonwealth Journal of International Affairs.