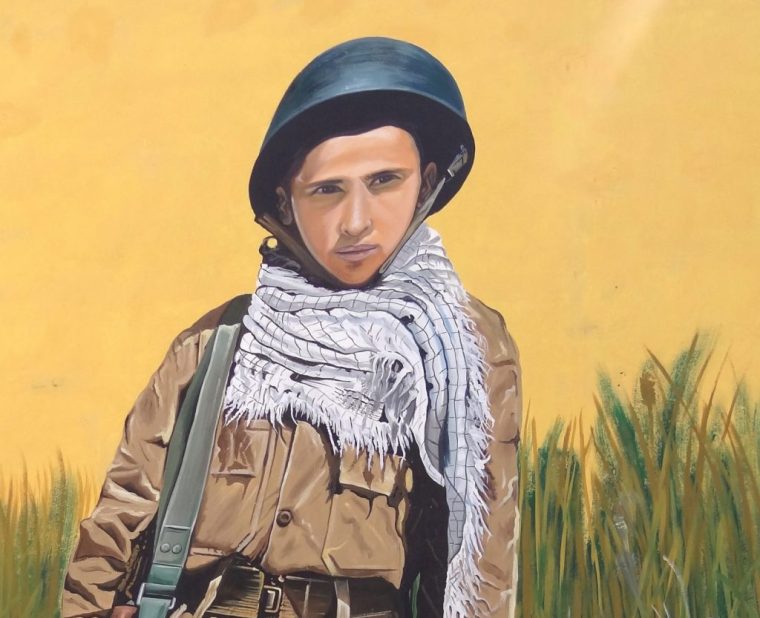 Cross-posted from Comparative Studies in Society and History

Sometimes CSSH articles fit together remarkably well. One would almost think they were written to each other, like intellectual greeting cards, or the correspondence of old friends. Such is the case with two recent essays by Stacey Hynd (62/4: 684-713) and Myles Osborne (62/4: 714-744). Here’s how our editors characterized them:

INSURGENT YOUTH  The ranks of insurgencies are mostly filled by the young. The youth take to the streets and barricades more readily than do the aged, the propertied, and the established. Insurgencies depend on youth not only for their energy and hope, but also for the ways “youth” indexes the future, and presents a visage of innocence that seems relatively untainted by the stains and debris of historical wrongs. Yet insurgency can also be forced upon the young, even onto the fragile shoulders of children. The sources, networks, and reasons for recruitment are too often less than clear.

In “Small Warriors? Children and Youth in Colonial Insurgencies and Counterinsurgency, ca. 1946–1960,” Stacey Hynd explores how young insurgents are recruited and mobilized. Comparing Kenya and Cyprus in the 1940s and 1950s, Hynd shows that while some youth were coerced into armed rebellions, others joined of their own will. Teenaged warriors brought needed numbers but were especially valued for the ways they symbolized innocence and hope, helping to catalyze broader support for the movement.

Myles Osborne’s contribution also leads us to Kenya. In “‘Mau Mau Are Angels … Sent by Haile Selassie’: A Kenyan War in Jamaica,” Osborne examines the impact of Kenya’s Mau Mau uprising as the news of it circulated in Jamaica during the 1950s. The Mau Mau insurgency inspired Rastafari and other young and mostly poor Jamaicans, who saw it as a form of pan-Africanism much like Marcus Garvey’s. This version of Black Power in the Caribbean reveals intellectual frameworks developed by subaltern youth, and transnational circuits of pan-Africanism that formed even without direct contact or diffusion.

CSSH: We enjoyed reading your papers together. The overlaps in approach give incredible richness to the local insurgencies and global cultures of resistance you describe. Even more pleasant was learning that the close fit was as uncanny for you as it was for us. It wasn’t exactly a coincidence, but it’s fair to say you didn’t see it coming!

Osborne: Very true. When I received your generous invitation to participate in this dialogue between authors, I was surprised: I had no inkling that there was a second paper destined for 2020’s final issue that aligned so closely with my own. I was also delighted by the opportunity because I have long admired Stacey Hynd’s work. Though we have never met in person, there’s a sense of camaraderie one shares with others who have studied in the same archives and written articles and books on similar topics. Both Stacey and I spent many years during the early part of our careers working in East Africa, and have since branched out to other parts of Britain’s former empire – Jamaica in my case, Cyprus (most prominently) in Stacey’s.

Hynd: Thanks, Myles! I likewise was delighted to find that we had linked articles out in the same CSSH issue, particularly as a former Kingston resident with a long-standing interest in Jamaican history. For me, the great interest of reading our articles together was tracing the different approaches used to interrogate similar questions: your focus on the transnational dynamics, political cultures, and physical spaces of anti-colonial protest movements made me go back and rethink how to contextualize and interpret some of my sources, particularly Special Branch surveillance and intelligence reports. Our case studies show that many of the same fears, desires, and grievances were driving youth rebellion against both (post-)colonial states and elite, elder control.

Osborne: I think youth in Cyprus and Jamaica shared similar concerns and anger because they were responding to the same colonial state. Even the administrators themselves were part of a colonial merry-go-round that went as high as Government House (Sir Hugh Foot left his six-year governorship in Jamaica for Cyprus during the heart of the Emergency there). During the 1950s, high-level correspondence between Kingston and Nairobi moved across the Atlantic, mediated through London. In late 1953, significantly, Jamaica’s attorney general requested a copy of Kenya’s emergency powers legislation. It formed the basis for a discussion of possible emergency powers to be imposed on the island should “the local situation… get out of hand” (CO 1031/302, AG Jamaica to Roberts-Wray, November 2, 1953).

One of the most salient points of linkage between Cyprus and Jamaica concerned whipping. In Jamaica – from Government House to Trench Town – people discussed the subject. Most policemen were armed with whips, and every street kid or Rastafari felt the sting. Newspaper editors and politicians in both Jamaica and Cyprus wrung their hands over the issue during the 1950s, considering to what degree “flogging” should be formally recognized as government policy. Jamaica’s educated and middle classes – along with British administrators in Jamaica and Cyprus – believed it would instill “discipline.” Government officials debated whether ganja-related activities should be added to the list of offences for which one might be flogged, a change that was, of course, directed at destabilizing Rastafari. Stakes were high given the prominence of this form of punishment in the island nation’s brutal history of slavery, so effectively explored by Vincent Brown in Tacky’s Revolt (2020).

Hynd: Another topic of productive future conversations, drawing on Paul Ocobock’s excellent An Uncertain Age (2017) about male youth in Kenya, is attempts by political authority to co-opt youth in Jamaica, Cyprus, and Kenya, either to forestall or countermand protest and rebellion. An issue we’ve both had to work around in doing this kind of research are the gaps and silences in the archives that almost inevitably accompany writing on the relationship between youth and protest movements or rebellions.

CSSH: This was a central point in your essays. You attribute these empty archival spaces to several causes: class and racial bias, the inattention of adults to the worlds and concerns of youth, fixation on the adult leaders of insurgencies. Clearly, something about youthful rebellion refuses to generate the materials historians typically rely on as evidence. You’re writing against that “something,” and you’re doing so with success, but you realize that, no matter how good your research is, you’ll be left with discernible absences. How do you work around something that is not simply a problem of inattention, but a result of who pays attention, and how?

Hynd: For me, the comparative focus on Kenya and Cyprus was primarily a product of the archives: these were the two case studies where youth were most visibly and widely identified as insurgent actors in colonial-era archives. Even within these source bases however, the actual voices of youth and other marginalized actors remain elusive. My article is a product of work in progress, written as illness, and then covid-19, disrupted fieldwork. I feel the lack of oral history testimonies in my work. Myles, that kind of evidence enabled you to write against and disrupt elite/colonial discourses; reading the voices of individual Jamaicans really illuminated your arguments for me!

In an attempt to work within and around these research and archival limitations, one source genre that proved extremely useful for me – but which does not easily make its way into journal articles – is photography. Often clear terminology to identify “rebellious youth” does not exist in the archive, especially when authorities ignored the generational dynamics of protest and fixated instead on ethnic, class, or “Communist” vectors of opposition. Colonial and media photography, however, reveals significant numbers of youth at the forefront of anti-colonial agitation. It shows the determination on their faces and the tension in their arms as they hurl rocks at security forces. Thinking about these images and reading your comments, Myles, about the anger that fueled marches and the “dignity” and “self-respect” that Rastafarians found through their identification with Mau Mau, I’m also reminded of the history of emotions and how valuable this approach can be in gleaning insights from sparse, diffuse source bases. More broadly, I benefited enormously from the comparative knowledge freely given by my collaborators in the Understanding Insurgencies  research network. Their insights drawn from anti-colonial conflicts ranging from Vietnam to Ireland, Palestine to Indonesia, allowed me to triangulate my findings, refine my questions, and better direct my archival searches in order to place youth insurgency in its larger decolonizing and Cold War context. The value of comparative and collaborative research cannot be overstated, particularly as many of us move towards more decolonial methods and approaches  to our work.

But in a deeper sense, the very nature of youth as a liminal and (potentially) counter-cultural force is resistant to the structures of power and the political/bureaucratic processes that create both archives and official historical accounts, particularly in colonized spaces. Myles, I think your focus on the more intangible histories of the indirect connections between activism, protest movements, and intellectuals (and/or insurgents) can be highly productive in helping us to think through these relationships and move beyond state or locally-focused perspectives, in a way that my current empirically-focused, archive-bound approach is not so good at doing! Comparatively analyzing the transnational political cultures of youth protest movements across imperial (and postcolonial) spaces will help scholars unearth the significance of youth to anticolonial movements and bring their agency, their ideals, and their actions to the fore.

Osborne: I’m glad you brought up sources, Stacey. For an Africanist and social historian, this is a troubling time to be doing research: the people whose voices form such a crucial part of our (anti-)imperial narrative are slowly dying, and COVID-19 adds a “freeze” that has prevented many scholars from conducting interviews. You remind me, too, of how the process through which the past is recorded and later accessed can be so haphazard. Newspaper editors in Jamaica produced hundreds of articles about Rastafari because the bizarre qualities they perceived in those stories would, they thought, help sell papers. Now, of course, we are grateful to them for documenting the movement in such great detail!

Your essay also makes me think more deeply about the 1950s. It’s all too easy today to imagine that the dominant nation-state model African and Caribbean nations followed was somehow predestined. It wasn’t. The decade was pregnant with possibility. Young people in Jamaica imagined a future in which pathways across the Atlantic would be easy to access and provide social and economic opportunities. Could new communities be organized based on religious persuasion? Or on what Derek Peterson calls “ethnic patriotisms?” Could claims to be part of a historical “nation” permit secession and independence from soon-to-be sovereign countries?

There’s also something important here about the moments when youth do appear in our archives. Youth tend to be ignored – until they can’t be anymore, because some crucial event has taken place. Watching the events that occurred in the United States on January 6, 2021 felt eerily similar: many commentators expressed their astonishment that a mob could invade the Capitol building, whereas for those paying attention, it was entirely predictable. Perhaps youth have a sort of cloak of invisibility; they gain a degree of protection from the state until the moment (of insurrection) when the state can no longer ignore them… and then, beware.

Myles Osborne is Associate Professor of History at the University of Colorado, Boulder. A social historian of Africa, his recent research has focused on connections between the continent and the Caribbean. He is the author of Ethnicity and Empire in Kenya: Loyalty and Martial Race among the Kamba, c. 1800 to the Present (Cambridge University Press, 2014), which was a finalist for the African Studies Association’s Ogot Prize. He recently edited The Life and Times of General China: Mau Mau and the End of Empire in Kenya (Markus Wiener, 2015) and is the author (with Susan Kingsley Kent) of Africans and Britons in the Age of Empires, 1660–1980 (Routledge, 2015).