8. Living in the Age of the Storyteller: Global History and the Politics of Narrative

In late June, I had the honour of hearing Professor David A. Bell speak at the Society for the Study of French History conference at the University of St. Andrews, Scotland. The theme of the conference wasTurning Points in French History and he spoke on the period between 1715 to 1815. Professor Bell went on to discuss ‘the global turn’. He noted that a significant percentage of current history Ph.D. students are using global analysis as the main methodology for their thesis. He then discussed the limits of this methodology, particularly as a largely structural analysis. He argued that the methodologies of ‘the linguistic turn’ might actually be more helpful to us in analyzing the process of why change continues after these same global structures break down. Linguistic analysis largely views language as a structure that is culturally inherited and something that limits our ability to comprehend society beyond those concepts that are available to us in our immediate environment. [continue reading] 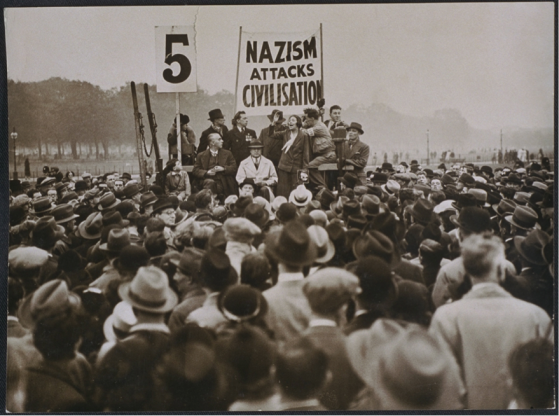 There’s a lot to be said for emphasizing the structuring role of colonialism and anticolonialism across the twentieth century. To contextualize the world wars, the Cold War, and contemporary global capitalism as embedded in a larger set of imperial continuities is to offer an indispensable corrective to the overemphasis of 1945 as epistemic break; the embellishment of US history as an empire-free zone; or the exaggeration of the distance between imperialism and free trade. Fredrik Petersson’s astute Versailles-to-Bandung emplotment of transnational anticolonial activism is thus a very compelling one, especially when read alongside several concurring periodizations.[2]But how we might conceive of antifascism in this empire-centered genealogy requires further attention. Whether antifascism was itself an anticolonialism, in other words, matters much for how we make sense of the twentieth century. [continue reading] 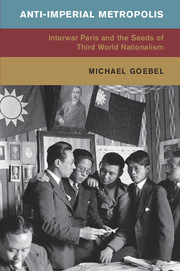 Anxieties over the possible political fallouts of African and Asian migration to Europe have a much longer history than the current refugee crisis might have you suspect. Colonial migration to interwar Paris, as I argue in Anti-Imperial Metropolis, turned into an important engine for the spread of nationalism across the French Empire. Studying the everyday lives of these migrants, in turn, might also offer a way out of the impasse that global historians currently face.

Let me begin with an anecdote that encapsulates my argument: In autumn 1919, while statesmen gathered in Paris’s upscale banlieues to redraw the political world map, local police hired a discharged Vietnamese adjutant as an undercover agent. His task was “to exercise a discrete surveillance” over a compatriot of his who had distributed leaflets entitled “The Demands of the Annamite People” among diplomats and informal spokesmen in the city’s shabbier neighbourhoods. [continue reading]