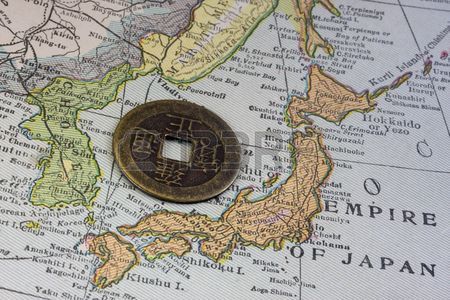 From kidnapping and capitalism to Japan’s rewriting of history, here are this week’s top picks in imperial and global history.

With its success at the box office and triumph at the Oscars, Steve McQueen’s poignant film, Twelve Years A Slave, alerted a wide audience to one of slavery’s most heartbreaking truths. Across the North, free men and women could find themselves illegally enslaved. Since its publication in 1853, Solomon Northrup’s tale of northern freedom, southern bondage, and ultimate redemption has electrified international conversations about slavery and emancipation. Of course, Northrup’s case was not isolated. During the 1850s, other prominent kidnapping cases gained national attention: the Christiana Riots, Anthony Burns, Joshua Glover, or the Sherman Booth cases raised the specter of human trafficking into the American public’s consciousness.

Yet the national political landscape that frames these debates obscures critical components of kidnapping practices in antebellum America. Politicians and activists then, and historians now, have rightly focused on these dramatic cases to understand the conflicts between free and slave societies. They correctly point to the violence that pervaded these episodes to expose slavery’s terrorizing effects on African Americans. Moreover, abolitionists seized on these cases to promote the idea that a so-called “slave power” could menace freedmen and women across political boundaries. [continue reading]

Did you know that Americans undertook their first trade mission to China in February 1784? A mercantile partnership led by Robert Morris sent the Empress of China, a 360-ton ship to Canton, China one month and eight days after the Congress of the United States ratified the Treaty of Paris, 1783. Why did these merchants look so far east to secure a profitable trade?

And why did they attempt such a venture not long after the United States secured its independence from Great Britain? Dane Morrison, Professor of History at Salem State University and author of True Yankees: The South Seas and the Discovery of American Identity helps us discover the answers to these questions and more as he leads us on an exploration of the early American trade with China. [Listen to the podcast here]

In several essays written in the midst of the Second World War, Hannah Arendt advocated federalism as a replacement for nationalism, which she believed had been rendered obsolete. Adolf Hitler had demonstrated the limits of ethnic homogeneity as a basis for political organization. The idea of “the nation” that had set the world on fire had definitively revealed its shortcomings: it failed to hold up when mapped onto territory shared by different peoples and so often ruled by a permanent majority. “Nowhere in Europe today,” Arendt remarked in 1945, “do we find a nationally homogeneous population.” Furthermore, political federalism of some sort had worked for Americans for a century and a half. Why not Europe? Why let nation-states remain the rule? A federation could grant rights to nationalities dispersed amidst and athwart one other.

Arendt’s federalism—recently recovered by historians Gil Rubin and William Selinger—also applied to the Middle East. It would make Jews and Palestinians equal members of some larger political entity, in which each group would have a measure of self-government in their own affairs and a role in collective decision-making. A land of two peoples within the same state, Arendt wrote in wartime, would in the long run merely reverse the Zionist result of Jewish dominance over Palestinians in the area, substituting one hierarchy for another. By contrast, a larger federation would put the two nationalities on par for good, locking in a measure of autonomy and parity of voice. Perhaps the federation would take shape through a decolonized but worldwide British empire, Arendt and others mused. Or, perhaps, at the already vast scale of the Mediterranean region alone. The point was that, there and elsewhere, humanity could transcend the divisive quest for nation-states for good. [continue reading]

Reflecting on the U.S. Occupation of Haiti, One Hundred Years Later

In 1915, United States Marines invaded Haiti. U.S. policymakers justified the invasion by pointing to the death of Haitian President Vilbrun Guillaume Sam at the hands of a mob. But this violence was more a convenience than a concern. U.S. officials had spent the previous decades attempting to obtain Haitian territory for use as a coaling station and sanctioning the seizure of Haitian finances by U.S. banks. Now, with the outbreak of World War I portending a German encroachment in the Caribbean, President Woodrow Wilson and his subordinates identified the unrest in Port-au-Prince as the perfect excuse to realize longstanding military and economic aspirations. It allowed them to act on their racism, too. In the estimation of Wilson’s Secretary of State, Haitians had proven their “inherent tendency to revert to savagery.”[1] It never occurred to him that a government committed to Jim Crow had no business acting as an agent of civilization.

An occupation motivated by these prejudices had an unsurprising effect: it crippled Haiti. Occupation administrators revived old labor laws and conscripted Haitians for public works projects. At the same time, they formed the Gendermarie, a law enforcement body that gave Marines full control over Haitian soldiers. The restructuring of the Haitian political system allowed for both excesses. Occupation authorities arrested dissidents, censored the press, enforced racial segregation, installed a puppet president, seized the state treasury, and crafted a new constitution that eliminated an historic ban on foreign landownership in Haiti. These developments convinced Haitians that the Americans had come to re-enslave a people whose ancestors had dared to emancipate themselves. [continue reading]

The Shape of Japan to Come

Bolstered by his party’s victory in Diet elections last month, Prime Minister Shinzo Abe has renewed his vow to free Japan from the fetters of the past, especially its defeat in World War II. Mr. Abe and his supporters view the prevailing accounts of that era as “masochistic” and a hindrance to taking pride in what he calls the “new Japan.” They propose to modify the article in Japan’s Constitution that states the Japanese people “forever renounce war as a sovereign right of the nation.” These aspirations have been laid out in a map of Japan that the Japanese Foreign Ministry published on its website last April, with translations in 12 languages. The map extends beyond Japan’s internationally recognized boundaries, incorporating in the name of ryodo — or the “inherent territory” of Japan — many islands claimed by neighboring countries. Those lands, the argument goes, are integral to Japan’s very being.

[…] Mr. Abe’s revanchist view of the past is central to his vision of a future in which Japan “once again shines on the world’s center stage.” But it distorts history in a way that undermines the country’s major interests and, arguably, its identity. The constitutional changes advocated by Mr. Abe’s party include an “obligation” for citizens of Japan to “defend the nation’s inherent territory, inherent seas and inherent skies,” disputed islands and all. The proposed draft adds that, “All citizens must honor the Constitution,” suggesting that failure to do so could endanger their rights, maybe their citizenship. In his bid to claim more for Japan, Mr. Abe may reap less. [continue reading]