Exeter’s Centre for Imperial and Global History is once again launching its free online course, which starts September 14.

The British Empire was the largest empire ever seen. It ruled over a quarter of the world’s population and paved the way for today’s global economy. But British imperialism isn’t without controversy, and it continues to cause enormous disagreement among historians today.This free online course will help you understand why.

Over six weeks, we’ll explore the British Empire through six themes – money, violence, race, religion, gender and sex, and propaganda. You’ll get to hear the stories of the fascinating individuals who contributed to both its rise and fall. END_OF_DOCUMENT_TOKEN_TO_BE_REPLACED

From how colonialism shaped music to retracing the 1821 US-Mexican border, here are this week’s top picks in imperial and global history. END_OF_DOCUMENT_TOKEN_TO_BE_REPLACED

Uruguay was never really considered part of the formal British Empire,[1] but it is commonly used as the typical illustration of Britain’s informal empire. Most studies on the relationship between Great Britain and Uruguay during the 19th century are economic and political.[2] Missing are the social and cultural responses of the British colonists to what they perceived as an alien and dangerous environment.

The British colony in Uruguay was never more than 2000 strong, but during its apogee, between the last decade of the 19th century and the first decade of the 20th, the colony certainly wielded enormous economic power. This small group of British subjects became immersed in the local population: the native criollos, who, although they were all third- of fourth-generation descendants of European origin, were nonetheless considered culturally inferior. The British leaders of the colony in Uruguay defined the classic cultural and social strategies to combat and defeat the most profound fear of the Late Victorian period: turning native. END_OF_DOCUMENT_TOKEN_TO_BE_REPLACED 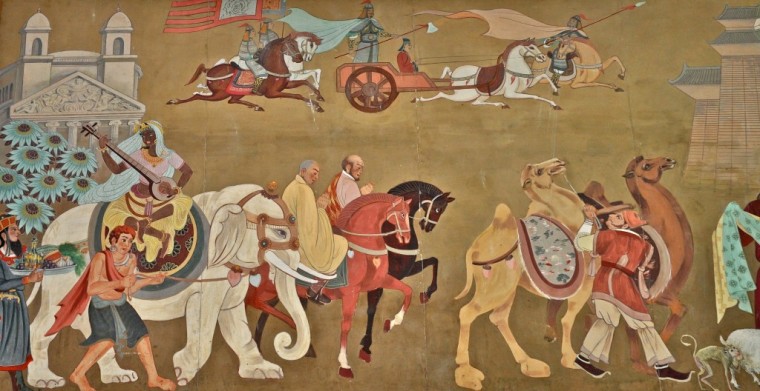 From a new history of the world to the forgotten soldiers of the Second World War, here are this week’s top picks in imperial and global history. END_OF_DOCUMENT_TOKEN_TO_BE_REPLACED 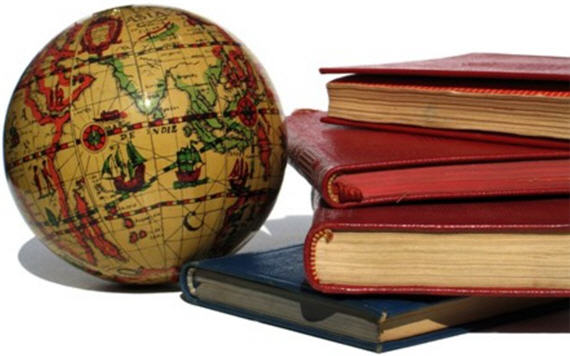 In late June, I had the honour of hearing Professor David A. Bell speak at the Society for the Study of French History conference at the University of St. Andrews, Scotland. The theme of the conference was Turning Points in French History and he spoke on the period between 1715 to 1815. Professor Bell went on to discuss ‘the global turn’. He noted that a significant percentage of current history Ph.D. students are using global analysis as the main methodology for their thesis. He then discussed the limits of this methodology, particularly as a largely structural analysis. He argued that the methodologies of ‘the linguistic turn’ might actually be more helpful to us in analyzing the process of why change continues after these same global structures break down. Linguistic analysis largely views language as a structure that is culturally inherited and something that limits our ability to comprehend society beyond those concepts that are available to us in our immediate environment.

As one of many Ph.D. students who have turned toward using global and imperial methodology, I was intrigued. Professor Bell’s talk also reminded me of sitting in an Ex Historia seminar on global and imperial history in 2013 and posing the question of whether this was just another passing academic fad. Like others I had been advised to do a thesis that is an analysis of the effects of globalization and the inherent influence of imperialism on that process. In many ways this is a good approach as a number of new academic positions are being created in the field of global and imperial history on both sides of the Atlantic. However, given the academic hype regarding globalization in recent years, I had honestly been wondering for some time when somebody was going to start questioning the efficacy of the methodology. END_OF_DOCUMENT_TOKEN_TO_BE_REPLACED 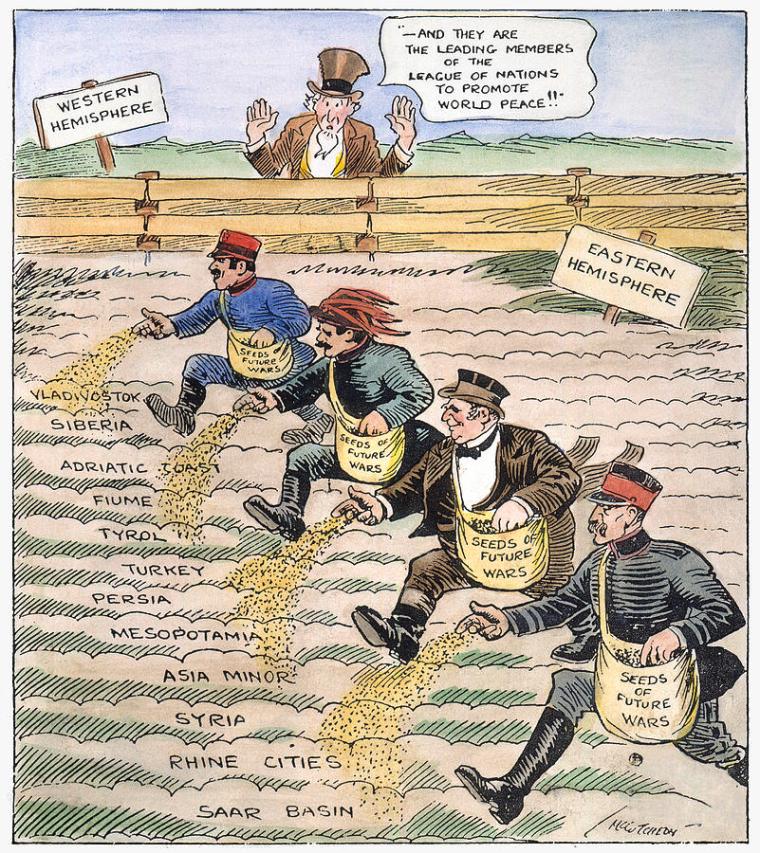 From the memory of Soviet famine to how a Sioux chief was buried in Dresden, here are this week’s top picks in imperial and global history. END_OF_DOCUMENT_TOKEN_TO_BE_REPLACED

What was the nature of British imperial expansion? Did British imperialism constitute a form of globalisation? These were the questions put to the participants at the opening of the 2015 International PhD Forum at Peking University on 10th July, which Simon attended as part of a delegation from the University of Exeter, along with postgraduates from PKU and the University of Durham. Drawing on his wider doctoral research into the British Liberal Party and the South African question in late-Victorian and Edwardian Britain, Simon seeks to tackle the first question by analysing the Liberal critique of the British South Africa Company following the Jameson Raid of 1895, and the form of imperialism it was alleged to represent.

The end of 1895 had seen British South African Company (BSAC) forces, under the direction of Cecil Rhodes, launch an attempted invasion and coup against the South African Republic. The action, which became known as the Jameson Raid, was a total failure, but the political fallout in Britain was immense, with a particular focus on the relationship between the Chartered Company and the conspiracy. In seeking to further our understandings of the nature of British imperial expansion, the Jameson Raid might seem like an odd choice of focus by comparison with other episodes in Imperial South African history; although an important precursor to the South African War of 1899-1902, the Raid itself provided no territorial gains for the Empire, and indeed arguably weakened the British position in the region. However, an analysis of the political controversy generated by the Raid in Britain, and particularly the public rhetoric deployed by political actors, provides real insight into how the expansion of the Empire and the forces of imperialism operated as political issues within late-Victorian Britain. END_OF_DOCUMENT_TOKEN_TO_BE_REPLACED

From the Cuban Revolution that almost wasn’t to the Sushi Craze of 1905, here are this week’s top picks in imperial and global history. END_OF_DOCUMENT_TOKEN_TO_BE_REPLACED

In 1942, Arthur Waley – English orientalist and sinologist – described the first two decades of the twentieth century as ‘a great turning point’ in Anglo-Chinese relations. It was in this period that poets, professors and thinkers began to visit China instead of soldiers, sailors, missionaries, merchants and officials.[1] These ‘men of leisure’ travelled ‘not to convert, trade, rule or fight, but simply to make friends and learn’.[2] Over seventy years later, these sentiments were at the forefront of the international PhD symposium on ‘Imperial Expansion and Globalization’ convened to ‘mark the friendship between the Department of History at University of Exeter, Durham University and Peking University’ between 10 and 13 July 2015.[3] Over the course of four intense days, twelve PhD students and three academics immersed themselves in debate, discussion and cultural exchange. While the topics of the papers covered Warley’s four core issues of imperial contact – belief, economics, governance and conflict – the atmosphere was always cordial and welcoming.

I felt privileged that my first visit to China was within this setting of cultural and academic accord. Spending time with our hosts, both in the formal setting of the symposium and during our “downtime” visiting some of Beijing’s most famous landmarks, gave me a good deal of time to reflect on what it meant to partake in intellectual exchange on the history of empire in a post-imperial setting. How far had we really moved into a post-colonial era? Was our academic relationship genuinely based on mutual respect and understanding? The remnants of Britain’s colonial relationship with China were never far away. This was both obvious – in the fact that the working language of the symposium was English – and more subtle; for example, the realisation that the phrase ‘I won’t kowtow’ originated from the British McCartney Mission to China in 1793.[4] There were also gentle reminders of other European influences; as a vegetarian a staple (and delicious) food item during our visit was “danta” – miniature savoury egg tarts based on the Portuguese recipe introduced to China via its first and last European colony, Macau. END_OF_DOCUMENT_TOKEN_TO_BE_REPLACED 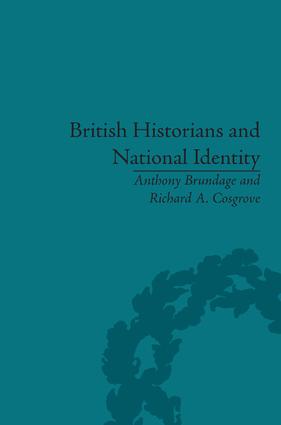 In the last two decades, historical studies focussing on themes of memory creation, mythmaking and national identity have burgeoned.[1] Authors Anthony Brundage and Richard A. Cosgrove, in their 2014 book British Historians and National Identity, attempt to link a series of single-authored multi-volume histories to the creation of particular themes within British identity. The central thesis of the work is that British national identity was never, and is not today, a static concept: “Central to the manner that English people think of themselves was (and is) their history: real, imagined or invented; all categories of identity are rooted in some century or era of the English story”[8]. By focussing upon British history specifically, Brundage and Cosgrove have been able to narrow the scope of their ambitious work to the development of an historical framework in which historians themselves advanced and influenced the exceptional island story.

This particular study is unique in that it links the work of a series of historians, from David Hume to Sir Winston Churchill, with the goal of demonstrating how “history (and historians) provide the collective memory for the nation.” [248] Fascination with the idea of identity construction, particular within a British, or more often, specifically English framework, has previously been taken up by a number of scholars. Linda Colley’s Britons: Forging the Nation (2009) represents particularly well the extent to which British identity was constructed around or indeed, against the idea of an enemy ‘other’: namely, the French.[2] Likewise, as is evident with Anglo-French scholar Robert Tombs’ recent publication The English and Their History (2015), this is a topic that continues to draw intellectual scrutiny.[3] Engagement with memory creation and identity within the context of war and conflict remain popular areas of research, with Samuel Hynes and Mark Connelly, in the last decade or so, analysing the process of selection through which shared memory and personal narratives become collective.[4] Jonathan Rose’s The Literary Churchill (2014) and David Reynolds’ In Command of History: Churchill Fighting and Writing the Second World War (2004) in turn take a specialised and extremely personal approach in working to shed light upon how one political actor and historian understood and interpreted their own achievements.[5] END_OF_DOCUMENT_TOKEN_TO_BE_REPLACED

From the centenary of the “humanitarian occupation” of Haiti to internationalizing the ruins of Palmyra, here are this week’s top picks in imperial and global history. END_OF_DOCUMENT_TOKEN_TO_BE_REPLACED