As long as Theresa May’s Conservative government is representing the UK at the Brexit negotiating table, Britain’s imperial past will continue to haunt its European withdrawal. The ghost that looms largest is none other than the prime minister’s “political hero” and “new lodestar”, Birmingham’s turn-of-the-century imperial protectionist, Joseph Chamberlain.

Like the early 20th century that Chamberlain lived in, the world has witnessed a resurgence of economic nationalism since the 2007 to 2009 recession. Britain, through Brexit, is leading this retreat from economic globalisation. The May government’s proposal to pursue an economic plan of “Britain for the British” after Brexit harkens back to Chamberlain’s bygone imperial age of Tory protectionism. END_OF_DOCUMENT_TOKEN_TO_BE_REPLACED

From newly released files on the 1953 Iran coup to the strange tale of the anti-Nazi bestseller, here are this week’s top picks in imperial and global history. END_OF_DOCUMENT_TOKEN_TO_BE_REPLACED

From repressing radicalism to making reggae’s dancehall sound, here are this week’s top picks in imperial and global history. END_OF_DOCUMENT_TOKEN_TO_BE_REPLACED

Paul Doolan
Zurich International School and the University of Konstanz

On May 8th the jury of the Libris Literature Prize announced in Amsterdam and live on television that they had unanimously chosen Alfred Birney as winner of the best Dutch language novel of 2016, for his novel De Tolk van Java [The Interpreter from Java]. According to the jury, Birney has “cast a new light upon a poisonous period of our history“. The book is a relentlessly violent postmemory novel and a searing indictment of not only Dutch colonial brutality, but also the willingness of a society to forget or unremember the uncomfortable parts of the nation’s past. Birney’s work forms a corrective to many historical myths regarding the decolonization of the Dutch East Indies.

In recent years we have seen Dutch courts finding the Dutch state guilty of massacring hundreds of civilians in Indonesia during the Indonesian War of Liberation (1945-1949). In 2016 Remy Limpach’s historical thesis, that the Dutch political and military leadership at the time had been responsible for the use of structural violence that amounted to war crimes, was well received in both the popular press as well as among academics. Last month’s decision of the jury of the Libris Literature Prize marks another milestone in the Dutch coming to terms with their past by working through the trauma of decolonization. END_OF_DOCUMENT_TOKEN_TO_BE_REPLACED

From the invention of the Muslim World to the true meaning of globalism, here are this week’s top picks in imperial and global history. END_OF_DOCUMENT_TOKEN_TO_BE_REPLACED

Slavery and the Aesthetics of Abjection

Exeter’s Sexual Knowledge Cultures Seminar series, in conjunction with the Centre for Imperial and Global History and Global Engagement and Development, is delighted to welcome Professor Philippa Levine (University of Texas at Austin) to Exeter to speak on “Slavery and the Aesthetics of Abjection”.

There will be tea, coffee and cake, and a wine reception following the paper. All are very welcome! 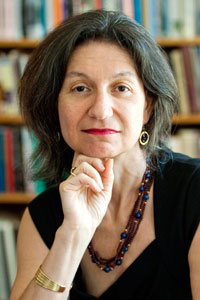 Abstract: Humanitarian photographers have long known the value of a well-shot picture, one that induces pathos and opens wallets for charitable causes. Yet they tread a careful line to ensure that their images produce empathy or at least sorrow rather than revulsion.  Artists and photographers learn (and sometimes challenge) the boundaries that separate acceptable from objectionable images, and one figure that has constantly been at issue is the naked body. The visual representations of enslavement invoked an aesthetics of abjection in stark contrast to the nudity portrayed in high art as the pinnacle of human worth. Drawing on images of  the unclothed body in particular, this talk explores the iconography of slavery as a historical example of how aesthetic choices can serve widely differing purposes even before the advent of photography.

Philippa Levine is the Mary Helen Thompson Centennial Professor in the Humanities and the Co-Director of the Program in British Studies at the University of Texas at Austin. She is the co-editor of The Oxford Handbook of the History of Eugenics and she has published extensively on nineteenth- and twentieth-century British and British Empire history, as well as on science, sexuality, and medicine.

It took some time in 1852 to convince the Imam of the Great Mosque of Al-Nuri in Mosul, but James Felix Jones eventually got the permission he needed to climb up the stairs of the famous “hunchback” minaret. It was from this vantage point that Jones, an Indian army surveyor and officer, started to take measurements. He established the leaning minaret’s longitude and latitude, one of the first fixed points from which it became possible to triangulate the plain of Al-Iraq and to begin an accurate mapping of the area with mixed results (fig.1).

In the early 1850s, Mesopotamia stood in the middle of the overland route to India and, surprisingly, no reliable map of this territory existed until Jones published an account in 1855.[1] Austen Henry Layard’s discovery of Nineveh in the mid-1840s and Francis R. Chesney’s exploration of the Tigris and the Euphrates a decade before had helped placing the area from a European standpoint, but, all in all, many in France or Britain failed to grasp the geography of the Ottoman province. Some of Jones’s original maps were even lost in India and his pioneering work partly forgotten: a testimony to the disorderly nature of Western knowledge in the area. END_OF_DOCUMENT_TOKEN_TO_BE_REPLACED