1935 was not a good year for Mao Zedong’s Chinese Communist Party (CCP).  Having almost been wiped out by the encirclement campaigns waged by the Chinese Nationalists (KMT) of Chiang Kai Shek and barely surviving the Long March to Shaanxi Province, one could be forgiven for thinking that the days of Chinese communism were numbered.      Even fewer could have predicted that nearly fourteen years later, Mao, with his nationalist foes now vanquished to the island of Formosa, would be standing in Tiananmen Square declaring the founding of the People’s Republic of China.

Much of the reversal of the CCP’s fortunes can be attributed to the ideology and strategies formulated by Mao and his German educated strategist, Zhu De, which combined Marx’s theories on communist revolution with traditional Chinese texts such as The Water Margin and Sun Tzu’s The Art of War to a context far removed from Marx’s prognosis for revolution.  [2]    These ideas would form a significant part of China’s contribution to the post-colonial world and influenced both guerrilla movements across the globe and the counter insurgency planners that sought to defeat them. These strategies also would influence the thinking behind Chinese foreign policy during and after the Cold War. END_OF_DOCUMENT_TOKEN_TO_BE_REPLACED 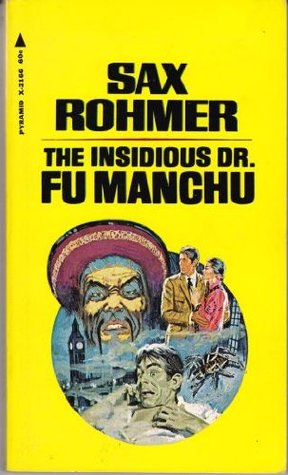 The Yellow Peril – symbolised by British author Sax Rohmer’s Chinese mastermind Fu Manchu, the self-described ‘Yellow Peril incarnate in one man’ (1913) –  is possibly the most influential paradigm informing the image of China and East Asia in Western popular consciousness [1]. This image depicts China as an implacable oriental opponent of the Western world, a uniform mass with little or no individuality and prone to extreme cruelty. While the perception of the China threat, such as fears over a full blown Sino-American trade war or fears over Chinese ‘student spies’, might appear to be a more recent development, it actually follows a path long trod in the European imperial imaginarium and perpetuated through American strategies in Asia during the 20th century [2]. These same policies have played an important role in influencing and proliferating the Yellow Peril paradigm. END_OF_DOCUMENT_TOKEN_TO_BE_REPLACED

In the vein of its rich history in Central Asia, China’s quest for economic development has seen it return to the region that was once spanned by the Silk Route. While Central Asia has served as the cross roads between Eastern and Western civilisation for centuries, it also once provided the chessboard upon which the Great Powers of the past had battled each other for land and influence. In sum it is one of the most strategic regions of the world, whether it be the Great Game of the nineteenth century or the superpower conflict of the 1980s.

In line with the power politics of the past, the region has seen a new Great Game where today’s strongest nations compete for the region’s natural resources.[1]  With the close of the twentieth century, Central Asia re-entered the spotlight as a result of the War on Terror and, more recently, China’s Belt and Road Initiative (一带一路). In light of these developments, the imperial struggles of the past two centuries take on a new importance, as they continue to influence the perceptions of China’s return to the region. These perceptions, real or imagined, have fuelled the struggles of the Great Powers in the region and China’s involvement is simply the latest chapter in a centuries long struggle. END_OF_DOCUMENT_TOKEN_TO_BE_REPLACED

Where once China sought communist revolution, it now seeks global economic expansion. As a result, the African continent has been one of the major areas of Chinese foreign economic investment. Numerous studies of China’s Africa policy have appeared in recent years, a number of which accuse China of exploiting resource rich African states or behaving like an imperial power in the continent, most notably Peter Hitchens’s assertion that China is building a ‘slave empire’ in Africa [1].

These views on Chinese policy also reflect the changes in the perceptions of China in the Western mind. The crude stereotypes of the Yellow Peril that dominated Western culture in the late 19th and early 20th centuries have given way to a fear that China will follow in the West’s imperial footsteps. In other words, the legacy of imperialism underpins today’s perceptions of China’s foreign policy as well as Chinese identity.

Chinese engagement in Africa illuminates the influence of the imperial experience. The initial form of Chinese policy in Africa came as ideological and military assistance to the various anti-colonial movements of the 1950s in their struggles against the once dominant European empires that had been ravaged by the Second World War. During this period of decolonisation, Beijing formed strong ties with a number of African nations that would become increasingly important to Chinese economic goals once the Cold War subsided.   Should these goals be seen as neo-imperialism? END_OF_DOCUMENT_TOKEN_TO_BE_REPLACED 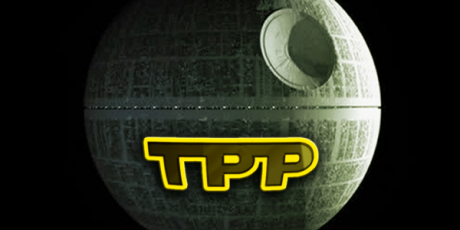 Empires are in motion in the Pacific. While China continues to assert its military muscle in the East and South China Seas, it is simultaneously ramping up a “soft power” offensive through the new Asian Infrastructure Investment Bank (AIIB). This Chinese-led institution represents the opening salvo in a sustained effort to decenter US-dominated institutions such as the World Bank from exclusive leadership over global capitalism. Indeed, China is also adding momentum to its proposed Free Trade Area of Asia Pacific (FTAAP), a free trade zone that would include many US allies but not the United States. Increasingly sensitive about this competitor, the United States is now rushing to reinforce the imperial perimeter that it has held across most of Asia’s coastline since the end of World War II.

As a result, on June 24 the US Congress granted the Obama administration what is called “fast track” or trade promotion authority to complete negotiations on the Trans-Pacific Partnership (TPP). This vast free trade agreement will cover the United States and eleven of its principal Pacific partners—together nearly 40 percent of the global economy. From Japan, Canada, and Mexico to Chile, Malaysia, and Vietnam, each potential signatory is either a key US ally or very invested in maintaining US leadership in the Pacific.

China’s absence is glaring. Moreover, while fast-track authority makes the TPP far more likely by prohibiting death by Congressional amendment, this practical step also underscores that the administration and Congress (primarily Republicans) both view this deal through a strategic lens and its potential to cement non-Chinese relationships. The actual details are seen as far less important and have been largely entrusted to multinationals’ lobbyists. When these complex and now highly secretive terms debut, Congress and the public will likely be railroaded into their wholesale acceptance. The TPP thus offers a new iteration of the United States’ and other empires’ longstanding use of market access to cement informal control over allies and client states. END_OF_DOCUMENT_TOKEN_TO_BE_REPLACED

On a balmy Sunday evening in March 1838, a colorful conclave of English, Parsee, American, and Hong merchants crowded the resplendent grand hall of the New English factory in Canton in a sort of town meeting to hear Chief Superintendent and Plenipotentiary of Britain’s China trade, Charles Eliot. Eliot was there to announce Britain’s response to the arrival of Imperial Commissioner Lin Zexu, who had arrived days earlier with a commission to eliminate the opium trade, his sweeping proclamation demanding they deliver “every particle of opium” to him for destruction. It was addressed to “the Barbarians of every nation.” Recognizing the sprinkling of Americans in the hall, Eliot expressed his delight for their tacit cooperation, and assured them, too, of the protection of the British government. Proclaiming what everyone already knew, that two American warships, the imposing USS John Adams and the Columbia, were expected imminently, he hoped that he could count on their assistance. “Yes, you may,” someone shouted back. All in all, it was “a very pretty speech,” American merchant Robert Bennet Forbes observed.[1]

More than a pretty speech, Eliot’s words recognized an important aspect of imperial and global history – Eliot understood that the sinews that connected the British Empire were more than ships plying trade routes, colonial administrators issuing edicts from imposing fortresses, or agents collecting taxes from impoverished farmers. They were also strengthened by informal ties of commerce, gentility and affinity that bound, albeit loosely, communities of global expatriates. In subtle but significant ways, the empire of the 1830s was already an informal phenomenon, connected by the citizens of the world whose residencies in colonial outposts created webs of support.

From using historical maps to thwart Chinese expansion, to the world’s retreat from globalization, here are this week’s top picks in imperial and global history. END_OF_DOCUMENT_TOKEN_TO_BE_REPLACED