From finding Toussaint L’Ouverture in Tennessee to the hidden story of 2,000 Afro-Caribbean soldiers imprisoned in a medieval castle, here are this week’s top picks in imperial and global history. END_OF_DOCUMENT_TOKEN_TO_BE_REPLACED

Nandini Chatterjee
History Department, University of Exeter
Follow the Exeter South Asia Centre on Twitter @SAsia_Exeter
Hindi-Urdu advanced language training workshop for language teachers and PGR students/advanced researchers
Organised by the Exeter South Asia Centre, and led with Syed Akbar Hyder, Director of UT Austin’s Hindi-Urdu Flagship programme.
Dates and Times: Monday 14th August to Friday 18th August, 10-4 every day with lunch break
Venue: Margaret Room 1, Queen’s Building
Enrolment: Write to Dr Nandini Chatterjee, n.chatterjee@exeter.ac.uk
Fees: Participation in the workshop is free, but spaces are limited, so prior enrolment is essential. There are no funds available for supporting travel or subsistence needs of participants.
Content: The principal aim of the workshop is to train potential teachers of Exeter Foreign Language Centre’s new Hindi-Urdu programme, which will begin in October 2017, subject to sufficient enrolment. We are aiming to develop a curriculum capable of teaching Hindi and Urdu together, that is, one language in two scripts. This is unique in the UK, but successfully trialled in the USA, most eminently by UT Austin’s Hindi-Urdu Flagship programme.  As such, teachers of both or either language are very welcome to attend the workshop, which will include multiple sessions dedicated to developing teaching materials – text, videos, audio material, customised lesson plans, assessment tools and also mock teaching sessions. A range of classroom situations and student demographics will be taken into consideration, ranging from weekend classes for children in the community to university students. Actual sessions will depend on the stated interests of the participants, subject to the overall aims of the workshop.

END_OF_DOCUMENT_TOKEN_TO_BE_REPLACED

One of the distinctive features of American politics in comparison to the UK is the establishment of Presidential Libraries and Museums. Franklin D. Roosevelt started the trend with the creation of a library at his home at Hyde Park, New York in the early 1940s. Since then, every president has had such an institution, administered by the National Archives and Records Administration, and one was created retrospectively for Herbert Hoover. Texas is particularly well-served, because it has three presidential libraries: those of Lyndon B. Johnson, George H.W. Bush, and George W. Bush.

This April we explored Texas’s presidential libraries and museums, looking at available archival material (relating especially to Anglo-American relations, and Space policy) and assessing the interpretation that each offers of the record of the president concerned. We started at Dallas, with George Bush Junior’s library, located at Southern Methodist University, then moved on to LBJ at the University of Austin, Texas, and are currently writing this blog in College Station, home to the library of Bush Senior. END_OF_DOCUMENT_TOKEN_TO_BE_REPLACED

From the “global order” myth to how a glowing sea creature helped spark the Vietnam War, here are this week’s top picks in imperial and global history. END_OF_DOCUMENT_TOKEN_TO_BE_REPLACED 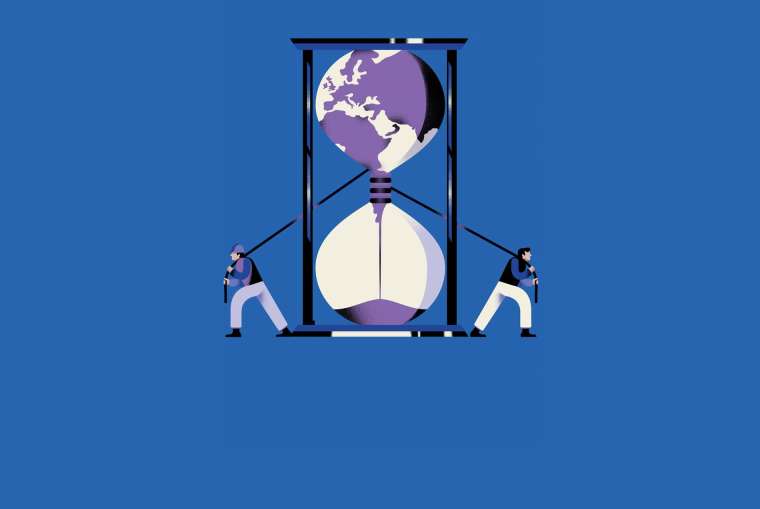 From the rise and fall of globalization to digitizing the French Revolution, here are this week’s top picks in imperial and global history. END_OF_DOCUMENT_TOKEN_TO_BE_REPLACED

Cross-posted from American Review of Books, Blogs, and Bull

1917 was a key year in a crucial decade. This was a decade of change, or, rather, transformation; of the destruction of what became old orders; and of the replacement of existing currents and practices.

From the perspective of 2017, possibly the most important changes of the decade came in 1910-11: alongside revolutionary crises in Mexico, Cuba, and Haiti was the crisis and overthrow of the Manchu dynasty in China. There had been a series of such crises in China before, of course notably with the Ming in the 1640s, and the Mongols in the 1360s. What made the crisis of the 1910s different, however, was the replacement of a dynasty by a republic and the difficulty, for the new system, of establishing its legitimacy. Indeed, China atomised, so that, by 1925, it was divided between a large number of independent polities, most of which were under the thumb of warlords and expressions of their power. China’s fragmentation made it vulnerable to Japanese invasion and, ultimately, to a destructive civil war and communist revolution in 1949. END_OF_DOCUMENT_TOKEN_TO_BE_REPLACED

From the Englishman who captured the smiles of the Spanish Civil War to how Paul Robeson found his political voice in Wales, here are this week’s top picks in imperial and global history. END_OF_DOCUMENT_TOKEN_TO_BE_REPLACED

Beginning July 10, the third Global Humanitarianism Research Academy (GHRA) will meet for one week of academic training at the Leibniz Institute of European History (IEG) before continuing with archival research at the ICRC Archives in Geneva. The Research Academy addresses early career researchers who are working in the related fields of humanitarianism, international humanitarian law, peace and conflict studies as well as human rights covering the period from the 18th to the 20th century. It supports scholarship on the ideas and practices of humanitarianism in the context of international, imperial and global history thus advancing our understanding of global governance in humanitarian crises of the present.

The GHRA received a huge amount of applications from an extremely talented group of scholars from more than nineteen different countries around the world. The selection committee considered each proposal carefully and has selected these participants for the GHRA 2017: END_OF_DOCUMENT_TOKEN_TO_BE_REPLACED

[Editor’s note: Below is from my editorial just published in the Washington Post‘s series “Made by History,” a remarkable new initiative for historians to engage with current affairs, co-edited by Nicole Hemmer (@pastpunditry) and Brian Rosenwald (@brianros1).]

The liberal economic order that defined the post-1945 era is disintegrating.

Globalization’s foremost champions have become the first to signal the retreat in the wake of the Great Recession. Economic nationalism, historically popular in times of economic crisis, is once again on the rise in Britain, France and the United States. We are witnessing a return to the antagonistic protectionist politics that defined a bygone era that ended with World War I — suggesting that today’s protectionist revival threatens not just the global economy, but world stability and peace. END_OF_DOCUMENT_TOKEN_TO_BE_REPLACED

From the Cold War art of peace to how ISIS became Islam’s version of the Ku Klux Klan, here are this week’s top picks in imperial and global history. END_OF_DOCUMENT_TOKEN_TO_BE_REPLACED