From Trump’s ignorance of American power to ideas of European union before the EU, here are this week’s top picks in imperial and global history.

END_OF_DOCUMENT_TOKEN_TO_BE_REPLACED 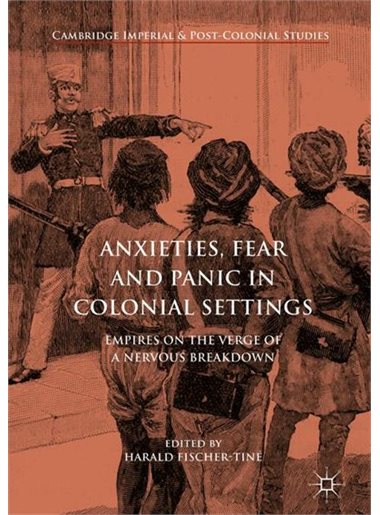 Twenty-first-century Britain brims with a revival of rosy visions of Britain’s imperial past. Nowhere is such a tendency clearer than in the restless efforts to rehabilitate the empire by prominent conservative historians such as Niall Ferguson. Britain’s imperial glories and its benign influence over the rest of the world are dominant themes in Ferguson’s popular writings such as his Empire: the Rise and Demise of the British World Order and the Lessons for Global Power. According to him, the colonies hugely benefited from British colonialism’s gifts of free trade, free capital movements, and the abolition of slavery.

This celebratory examination of the British Empire has also become a part of the official political discourse at the highest levels of government. In his speech to the Conservative Party conference in 2011, David Cameroon looked back with Tory nostalgia to the lost days of empire. His speech evoked a mythologized version of Britain’s imperial past in which the empire was the ultimate force for good in the world. Theresa May also recently exalted the virtues of a “Global Britain,” “a great, global, trading nation that is respected around the world and strong.”[1] Most importantly, debates surrounding Brexit have highlighted how, for many Britons, the British Empire often reads as “a success story” about Britain’s “ruling the waves.”

In contrast to this rosy vision of Britain’s imperial past, scholars are increasingly interested in tracing British imperial emotions: the feelings of fear, anxiety, and panic that gripped many Britons as they moved to foreign lands. Robert Peckham’s Empires of Panic: Epidemics and Colonial Anxieties (2015), Marc Condos’s The Insecurity State: Punjab and the Making of Colonial Power in British India (2018), the 2018 special issue in Itinerario on “The Private Lives of Empire: Emotion, Intimacy, and Colonial Rule,” and Kim Wagner’s Amritsar 1919: An Empire of Fear and the Making of a Massacre (2019) highlight the sense of vulnerability felt by the British in the colonies. Harald Fisher-Tiné’s edited volume Anxieties, Fear, and Panic in Colonial Settings is a welcome addition to this growing body of literature.

From the outset of the book, Fisher-Tiné highlights the pervasiveness of feelings of fear, anxiety, and panic in many colonial sites. He acknowledges that: “the history of colonial empires has been shaped to a considerable extent by negative emotions such as anxiety, fear and embarrassment, as well as by the regular occurrence of panics” (1). Bringing case studies from the British Empire as well as Dutch and German colonialism, the contributors uncover not only the pervasiveness of these emotions, but also their significant impact on colonial discursive and institutional strategies.

The volume consists of four main parts. The first discusses the effects of anxieties and panics over colonial minds and bodies. In this respect, David Arnold, for example, examines the poisoning panics in British India that were precipitated by Europeans’ fears of the supposed treachery of their Indian servants. Arnold affirms that poisoning panics have long been rife in India. Indeed, “under colonial rule, the country was subject to a long series of alarms and scares, some of which were sufficiently intense, and protracted to amount to ‘panics’” (49). Yet they were attributed to racial and political overtones in the nineteenth century. That is, the white elites were seen as particularly prone to this major threat. Arnold suggests that these excessive emotional states were triggered by three main causes. First, the European population in British India was heavily dependent on Indian servants and subordinates who might retaliate against unfair masters or whose access to European dwellings could be used by malevolent others to empoison the white elite. Second, anxieties about the assumed toxic effects of the Indian climate fuelled also poisoning panics. Diseases such as malaria and cholera were considered to be the ultimate outcome of an “atmospheric poison” (53). Third, Indian therapeutics and the system of medicine were also identified as a potential cause of poisoning European communities. These poisoning panics only helped reinforce the racial categorizations of Indians, the moral supremacy of the white population, and the legitimacy of colonial rule.

The second section of the collection deals with the “various kinds of discursive responses to imperial panics” (13). Focusing on the assassination of a high-ranking colonial official in London in the summer of 1909 by a Hindu student, for example, Fischer-Tiné pinpoints that the incident was used to demonize Indian anti-colonial activists such as Shyamji Krishnavarma. The latter “was one of the most important spokesmen of the Indian national movement in Europe in the early 1900s…and a sober nationalist with liberal leanings” (14). Nevertheless, following the London murder, he “was presented almost unanimously in official and semi-official and media accounts as the loathsome head of an international terror network” (101).

The third part examines the practical and institutional measures that were adopted to contain threats. These included the establishment of new systems of surveillance and discipline and even military intervention. On this subject, for instance, Daniel Brückenhaus considers British and French authorities’ fears of the potential alliances between anti-colonialists and Germans from 1904 to 1939. Interestingly, the author contends that “fears of German anti-colonial alliances motivated governments to extend their surveillance across inner-European borders” (226).

The final section explores “epistemic anxieties.” It focuses on how anxieties and panics led to the production, use, and circulation of colonial knowledge in imperial settings (17). In this regard, for instances, the chapter by Richard Holzl uncovers how missionaries’ panic over native sexual education in German East Africa led to the production of anthropological and religious knowledge in order to enable their fellow missionaries to deal with particular issues such as circumcision, and female genital mutilation.

Taken together, the thirteen contributors show the persistence of fears, anxieties, and panics in a wide variety of imperial settings and how colonial authorities sought to come to terms with this sense of vulnerability. The volume thus expands our understanding of how a sense of fragility rather than strength shaped colonial policies.

Will Kaufman
University of Central Lancashire

In recent years, Woody Guthrie’s “This Land Is Your Land” has become a rallying cry for immigrants. And in July, after President Donald Trump tweeted that four Democratic congresswomen of color needed to “go back where they came from,” Congresswoman Alexandria Ocasio-Cortez, one of the four targeted, responded with a tweet quoting Guthrie’s lyrics.

But not everyone sees the song as an anthem for inclusion.

In June, the Smithsonian’s online magazine, Folklife, published a piece that lambasted the song for its omissions.

The article, titled “This Land Is Whose Land?,” was written by folk musician Mali Obomsawin, a member of the Native American Abenaki tribe. She wrote of being shaken up “like a soda can” every time she heard the song’s lyrics:

“In the context of America, a nation-state built by settler colonialism, Woody Guthrie’s protest anthem exemplifies the particular blind spot that Americans have in regard to Natives: American patriotism erases us, even if it comes in the form of a leftist protest song. Why? Because this land ‘was’ our land. Through genocide, broken treaties and a legal system created by and for the colonial interest, this land ‘became’ American land.”

“Commie Folksinger Woody Guthrie Not Woke Enough for Mob,” jeered Breitbart’s John Nolte, delighted with this evidence of internecine strife among what he dubbed the “fascist woketards” of the American left. The Daily Wire’s Emily Zanotti soon joined the fray, penning a piece under the headline “This Land Is NOT Your Land: Woke Culture Now Demanding Woody Guthrie Be Canceled Over Folk Music Faux Pas.”

But Obomsawin and her conservative critics might be surprised to learn that some of Guthrie’s greatest champions have also had difficulties with the song.

As the author of three books on Guthrie, I sometimes wonder how the folksinger would respond to the criticism of “This Land Is Your Land” for its omissions.

While we can’t know for sure, a glance at some of his unpublished writings and recently discovered recordings can offer some clues. END_OF_DOCUMENT_TOKEN_TO_BE_REPLACED

From untold histories of Chinese migrant workers in Australia to asking how Indian is Kashmir, here are this week’s top picks in imperial and global history. END_OF_DOCUMENT_TOKEN_TO_BE_REPLACED

Donald Trump is not the first US President to make an offer of buying Greenland from Denmark – but he might be the last.

Home of some 56,000 people and around 80% covered by ice, Greenland is culturally connected to Europe – but physiographically it is a part of the continent of North America.

The USA has purchased from the icy northern territories before. In 1867, they bought Alaska for US$7.2 million from Russia, who established settlements there in the late eighteenth century.

Then (as now) no local Indigenous people were consulted in the transaction. END_OF_DOCUMENT_TOKEN_TO_BE_REPLACED

From US imperial dreams of Greenland to the imperial myths behind Brexit, here are this week’s top picks in imperial and global history. END_OF_DOCUMENT_TOKEN_TO_BE_REPLACED

From Guatemala’s war on history to an alternative to US world dominance, here are this week’s top picks in imperial and global history. END_OF_DOCUMENT_TOKEN_TO_BE_REPLACED