In 1949, the French historian Fernand Braudel completed his first book, The Mediterranean and the Mediterranean World in the Age of Philip II. Piecing together a history of the sixteenth-century Mediterranean that transcended religious and national boundaries, Braudel ushered in the enduring trend of utilising sea and ocean basins as frameworks of historical analysis. Over the next few decades, a series of early American historians would likewise centre their work around maritime space, following European commerce and politics out of the Mediterranean Sea and across the Atlantic Ocean to America, where, in the late eighteenth century, Florentine republicanism, English common law, and the European Enlightenment merged to create the United States, the New World ‘Empire of liberty’ that was to inherit global hegemony in the mid-twentieth century.[1]

Though quick to incorporate cultural, demographic, and social studies of the region, the Atlantic World was initially conceived as a political-economic project, a heuristic device that accounted for the continuity between European and American imperialism. As a result, twentieth-century American historians were very much the products of their time, constructing an Atlantic World that reflected the bifurcated international climate of the post-war era. In doing so, however, their stories tended to neglect the historical interconnectedness that existed between early modern Eastern and Western Europe.

Ironically, just as Braudel was writing to counter notions that the Mediterranean had been a backwater, Western Europe and North America were politically and militarily reorganizing themselves around the Atlantic Ocean. In 1949, the same year that The Mediterranean and the Mediterranean World was published, twelve of the modern incarnations of the historical Atlantic powers in Italy, Iberia, France, the Low Countries, and Britain, along with their former colonies in Canada and the United States, formed the North Atlantic Treaty Organization (NATO), an intergovernmental military alliance of collective defence against the Soviet Union. Turkey joined soon thereafter in 1952, followed by West Germany in 1955. In Eastern Europe, meanwhile, the Soviet Union spearheaded the Warsaw Pact and the Council for Mutual Economic Assistance, institutions analogous to NATO and the European Common Market in the West.

In the wake of the post-war partition of Europe and the onset of the Cold War, the Atlantic Ocean basin was reconceptualised as an exclusively Western European space. And historians, in a sort of primitive accumulation, began to pull chapters from various Western national histories for incorporation into a larger Atlantic World narrative, one with its ultimate destination in the New World. It was during this period that the medieval Norse expeditions to northeastern North America gained widespread acceptance among American scholars, and it was Americanists with their careers rooted firmly in the Cold War who reframed the story of colonial America by emphasizing how migration from France, Germany, the Low Countries, and Scandinavia was as central as that from the British Isles.[2] The emergence of Atlantic history, as David Armitage aptly puts it, thus ‘owed more to NATO than it did to Plato.’[3] END_OF_DOCUMENT_TOKEN_TO_BE_REPLACED

What was the role that universal human rights played in the process of decolonization? What links can we identify between both phenomena as they gained real momentum after 1945?

For too long historical research has neglected this issue. Only a few books on the historiography of the human rights idea linked the dissolution of European colonial empires with the debates on universal fundamental rights. Particular mention should be made here of the work by Paul Gordon Lauren (The Evolution of International Human Rights. Visions Seen, Philadelphia 1998) and Brian Simpson (Human Rights and the End of Empire. Britain and Genesis of the European Convention, Oxford 2001), who both addressed for the first time the important connections between human rights discourse and the end of colonial rule. END_OF_DOCUMENT_TOKEN_TO_BE_REPLACED

British naval policy in the First World War era has become a topic of considerable debate in the last two decades. One of the key issues with which historians have grappled has been the question of the relative importance assigned to home and imperial defence by contemporary politicians and defence planners. END_OF_DOCUMENT_TOKEN_TO_BE_REPLACED 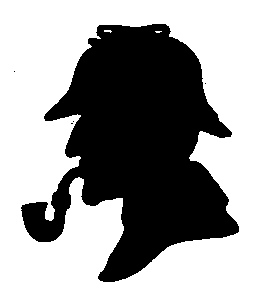 History does not repeat itself. The historians repeat one another.

Historians are often charged — sometimes correctly — with precipitously proclaiming a “new” field of study: a field that, upon further investigation, is shown to be remarkably similar to earlier turns in the historiographical timeline. The post-colonial and subaltern “turns” of the 1980s are cases in point, as they, however unwittingly, tended to ignore the prodigious and overlapping work within Area Studies that had appeared in preceding decades. I duly began to wonder if the term “global history” might prove to be yet another illustrative example. END_OF_DOCUMENT_TOKEN_TO_BE_REPLACED

Did you miss this weekend’s intellectual battle over the myths of the First World War? Here are the highlights.

Late last week, Education Secretary Michael Gove fired off the year’s opening salvo in the pages of the Daily Mail in ‘Why Does the Left Insist on Belittling True British Heroes?’ As the title suggests (and now with support from Stephen Pollard in the Express and UKIP’s Nigel Farage in the Independent), Gove attempts to situate the debate as a Left v. Right political issue (for which Professor Gary Sheffield has taken him to task). END_OF_DOCUMENT_TOKEN_TO_BE_REPLACED

Why historians should study the regime, not just its opponents

Last week’s death of Nelson Mandela prompted outpourings of both admiration and introspection across the globe. Public figures scrambled to portray themselves as long-time supporters of the anti-apartheid cause — even where the historical record of their organisation’s relationship with Mandela undercut the credibility of such posturing (the British Tories readily come to mind). Yet amid the panegyrics, there was plenty of consideration of Mandela’s complex legacy. When Tea Party favourite Ted Cruz declared common cause with Mandela, a supporter wrote on his Facebook page: “Tell the truth Ted!!! Who are you??!! Obama?? Don’t rewrite history to try to get people to like you!!! Educate them!! Mandela was a murderer, terrorist, and a Communist!!!! Can we even trust you to be honest now??!!” A more nuanced analysis appeared in an incisive piece in Foreign Affairs. Historian Ryan Irwin traced Mandela’s elusive legacy to his willingness to embody a pluralist and inclusive vision of the anti-apartheid movement, rather than imposing his own ideological litmus test for would-be allies—be they liberals, pan-Africans, union leaders, or communists.

And yet one thing was conspicuous for its absence over the last week. There has been no effort to describe with any similar specificity what Mandela had defined his life against: the apartheid regime itself. [1] END_OF_DOCUMENT_TOKEN_TO_BE_REPLACED