British naval policy in the First World War era has become a topic of considerable debate in the last two decades. One of the key issues with which historians have grappled has been the question of the relative importance assigned to home and imperial defence by contemporary politicians and defence planners. Taking their lead from Colonial Secretary Joseph Chamberlain, who in 1902 labelled Britain as a ‘weary titan’ labouring under the burden of ‘imperial overstretch’, some scholars have maintained that the defence requirements of the Empire had placed an unsustainable burden upon British state finances.[1] In recent years this interpretation has been challenged by other writers, who have pointed out that, far from dispersing Britain’s own resources across the globe, by the outbreak of the First World War in 1914, the British government was in fact drawing military and naval resources from the Empire into the European theatre.[2] Nowhere was this more evident than in the case of the Royal Navy, which dramatically reduced its presence in the Pacific and Mediterranean after 1900 in favour of concentrating in home waters. Indeed, during the First World War, modern capital ships financed by Australia, New Zealand and the Federated States of Malay all served with the British Grand Fleet in the North Sea.[3]

Despite moving away from the notion of ‘imperial overstretch’, historians remain divided as to the true reasoning behind the redistribution of British naval force which occurred after 1900. Taking their lead from diplomatic historians, who emphasize Britain’s troubled relations with Russia before 1906-7, some writers claim that the threat of a Franco-Russian combination continued to trouble Britain’s naval leadership until at least the middle of the decade.[4] Others, pointing to the considerable body of evidence regarding contemporary concern at developments in Germany, maintain that the ambitions of the Wilhelmine Empire motivated Britain’s strategic realignment.[5]

However, until recently historians have under-rated a vital element in the Admiralty’s strategic decision-making process in the first decade of the twentieth century: the risk of a German invasion of the British Isles. 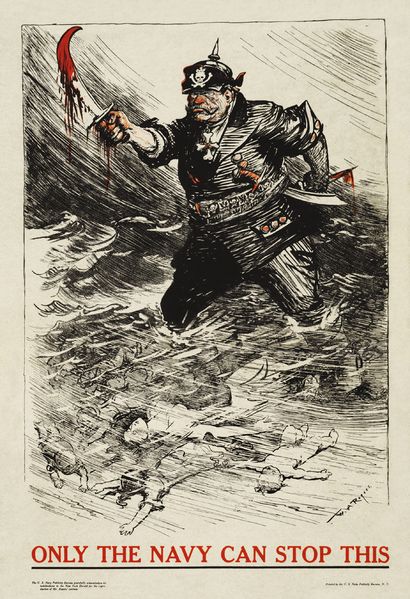 On first inspection, the notion that the threat of a military invasion played a key role in dictating the concentration of naval forces in home waters seems questionable. After all, in the 1880s and 1890s, a period during which tensions between Britain and France – a major military and naval power only some twenty miles distant – often ran high, the Admiralty saw little difficulty in maintaining a significant worldwide presence. Nevertheless, a careful re-examination of the surviving documentary evidence reveals that Admiralty planners assigned significantly more importance to the question of a German invasion that has hitherto been appreciated.

In fact, such a reappraisal reveals that Britain’s naval leadership considered the danger of a hostile invasion far more seriously than has hitherto been appreciated. An insight into the naval leadership’s concerns can be found in an internal Admiralty appreciation from early 1907 in which the Director of Naval Intelligence, Captain Charles Ottley, warned that ‘The “certainties” or, at least, the ‘strong probabilities’ in an Anglo-German war appear to be limited to’:

Later that year, in November 1907, the Admiralty convened a top-secret committee specifically to investigate the danger of a German invasion and to advise on where best to distribute Britain’s naval resources to meet such a threat. In December, this body advised that:

with the BRITISH Fleet to the Southward and not mobilised, if news of the Transports having started is received within about 12 Hours of their departure, the GERMANS have a very fair chance of landing an Army of 80,000 men with a proportion of guns and vehicles at any place on the East Coast from YARMOUTH to NEWCASTLE – and that, with the HOME Fleet mobilised, but at CROMARTY, they have an equal chance at any point from HULL to the Southward.

These assessments demonstrate how Britain’s naval leadership took the threat of a German invasion of the British Isles extremely seriously before the First World War. Due to geographical and practical reasons – the German Fleet was always concentrated in the North Sea and the Germans had access to a far more numerous merchant marine to act as transports – Germany presented a genuine threat of invasion in a manner France had not before 1900. As such, meeting the threat of a German military descent on the east coast became a key objective of British naval planners both before and during the First World War. The implications this has for our understanding of British naval policy and the formation of national strategy in the so-called ‘Fisher era’ are explored more fully in my new article, “History is a Record of Exploded Ideas’: Sir John Fisher and Home Defence, 1904-1910’, recently published in The International History Review, and in my upcoming monograph, tentatively entitled, ‘The Invasion Question: The Defence of the British Isles, 1888-1918’, which is currently in the final stages of production.

* Raid was a contemporary term understood to mean a landing of between 5-10,000 men.