From being black in the USSR to the Revenant‘s justification of settler colonialism, here are this week’s top picks in imperial and global history. END_OF_DOCUMENT_TOKEN_TO_BE_REPLACED

In today’s world, news is everywhere: news communicated by the press, by other media bodies, and increasingly by anyone who wants to share something with the world via Facebook or Twitter, or via a blog like this one! In this new series of podcasts, based around our Third Year undergraduate module on News, Media, and Communication (HIH 3617) Exeter academics will examine how different societies transmit and receive information. The relationship between oral, visual, and written modes of communication, and the impact of technological advances upon news and the media will be examined, as will debates about the role of the media within societies.

What was the relationship between news, media, and state power; and between money, power, and the press? How did the media influence the conduct of war? What impact did the invention of printing, or of television, have on the communication of news, and how did the new technologies interact with social and cultural assumptions to shape what was considered to be ‘news’?

In this video, Professor Jeremy Black and Professor Richard Toye discuss the role of the local and regional press in Britain.

This one-day conference will combine academic papers with a seminar session at which serving and former Embassy staff will be invited to present their testimonies and perspectives. The intention is to present a summary of the conference findings to the FCO to help inform future thinking in this area. The event will be held at the British Academy, 9 June 2016.

Embassies have long been integral to international diplomacy, their staff instrumental to inter-governmental dialogue, strategic partnerships, trading relationships and cultural exchange. But Embassies are also discrete political spaces. Notionally sovereign territory ‘immune’ from local jurisdiction, in moments of crisis Embassies have often been targets of protest and sites of confrontation. Embassies in Crisis will revisit flashpoints in the lives of Embassies overseas. Approaching Embassies as distinct communities with their own micro-histories, this conference seeks to explore each of these aspects in the lives of Embassies and the people who run them. Papers are welcomed that discuss instances of international confrontation or mass demonstration, past and present, that placed particular Embassies in the global spotlight. END_OF_DOCUMENT_TOKEN_TO_BE_REPLACED 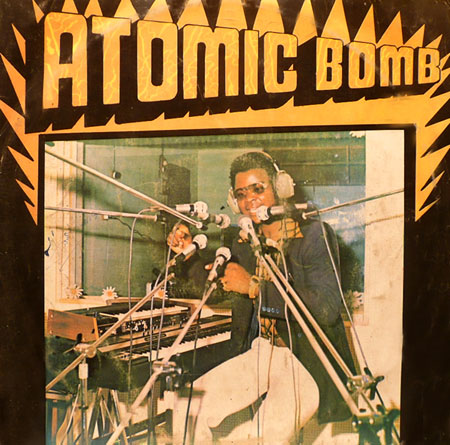 From the psychology of empire to independence-era African funk, here are this week’s top picks in imperial and global history. END_OF_DOCUMENT_TOKEN_TO_BE_REPLACED

Cross-posted from the Conversation

As Donald Trump continues his quest for the Republican nomination, free trade agreements remain in his crosshairs.

The billionaire has been making waves by opposing American free trade initiatives like the massive Trans-Pacific Partnership (TPP) – just signed earlier this month by ministers of the 12 Pacific Rim member nations – and even the 21-year-old North American Free Trade Agreement (NAFTA). As Trump put it in November, right now “free trade’s no good” for the United States.

It may sound strange for the leading GOP candidate for president to be bad-mouthing free trade, but this is a protectionist sentiment that more and more Republicans appear to be warming up to.

It’s also a protectionist sentiment that’s drawn from the party’s paranoid past, as I’ve explored in my new book on Anglo-American trade. END_OF_DOCUMENT_TOKEN_TO_BE_REPLACED

Historically, black men and women in the United States frequently linked national and geopolitical concerns. Recognizing that the condition of black people in the United States was “but a local phase of a world problem,” black activists articulated global visions of freedom and employed a range of strategies intent on shaping foreign policies and influencing world events.

During the early twentieth century, John Q. Adams, an African American journalist, called on people of African descent to link their experiences and concerns with those of people of color in other parts of the globe. Born in Louisville, Kentucky in 1848, Adams moved to St. Paul, Minnesota in 1886, where he became associate editor, and subsequent owner, of the Appeal newspaper. The paper’s debut coincided with key historical developments of the period including the hardening of U.S. Jim Crow segregation laws, the rising tide of anti-immigration sentiment, and the rapid growth of American imperial expansion overseas.

Amidst the sociopolitical upheavals of the early twentieth century, Adams utilized the Appeal as a public platform from which to denounce global white supremacy and advocate for the liberation of people of color. These ideas gained increasing currency during World War I, a watershed moment in the history of black internationalist politics. The millions of black people who served the War effort—in the United States and in colonial territories in Africa, Latin America, and the Caribbean—demanded the immediate end of discrimination, racism, colonialism, and imperialism. END_OF_DOCUMENT_TOKEN_TO_BE_REPLACED

From Gandhi the imperialist to writing global intellectual history, here are this week’s top picks in imperial and global history. END_OF_DOCUMENT_TOKEN_TO_BE_REPLACED

For more than forty years, Yugoslavia was one of the most internationalist and outward looking of all socialist countries in Europe, playing leading roles in various trans-national initiatives – principally as central participant within the Non-Aligned Movement – that sought to remake existing geopolitical hierarchies and rethink international relations. Both moral and pragmatic motives often overlapped in its efforts to enhance cooperation between developing nations, propagate peaceful coexistence in a divided world and pioneer a specific non-orthodox form of socialism.

END_OF_DOCUMENT_TOKEN_TO_BE_REPLACED

We live surrounded by things. A typical German owns 10,000 objects. In Los Angeles, a middle-class garage often no longer houses a car but several hundred boxes of stuff. The United Kingdom in 2013 was home to 6 billion items of clothing, roughly a hundred per adult; a quarter of these never leave the wardrobe. Of course, people always had things, and used them not only to survive but for ritual, display and fun. But the possessions in a pre-modern village or an indigenous tribe pale when placed next to the growing mountain of things in advanced societies like ours. END_OF_DOCUMENT_TOKEN_TO_BE_REPLACED

From militant Third World liberation to the fallacy of collective memory, here are this week’s top picks in imperial and global history. END_OF_DOCUMENT_TOKEN_TO_BE_REPLACED

Recently, an upturn in indigenous struggles in Australia have seen the legacies of colonialism and genocide forced back onto the national radar. Protests against the closure of indigenous communities, the continued forced removal of Aboriginal children by welfare agencies, and the birth of youth-led groups like Warriors of the Aboriginal Resistance (WAR) are but a few examples of this. Instead of the sanitised government-sponsored campaign to ‘Recognise’ indigenous peoples in the Australian constitution, many of these activists are looking back to the global struggles of the 1960s and 1970s for their political inspiration. END_OF_DOCUMENT_TOKEN_TO_BE_REPLACED