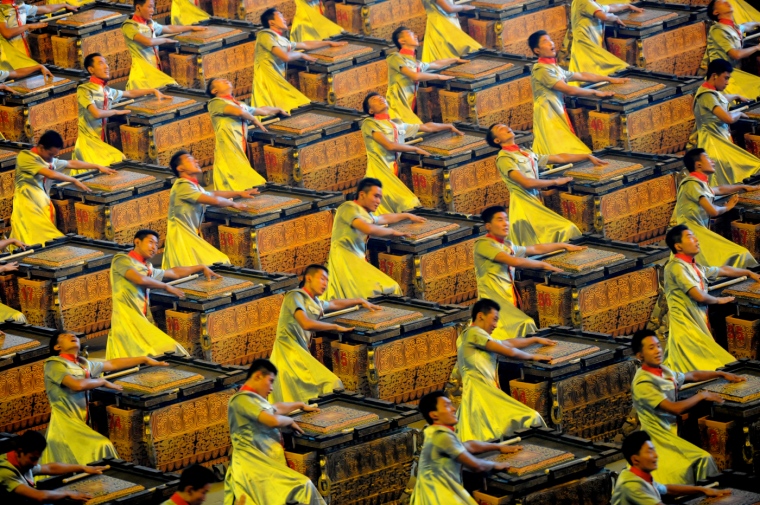 From rethinking Pan-Africanism to the decolonial origins of global human rights, here are this week’s top picks in imperial and global history.

In studies on the cultural and political movements of the African diaspora, there is a perceived divide between Négritude as a uniquely francophone form of expression, andPan-Africanism as centered more on the Anglophone world. However, the activism of some francophone women suggests a different story.

In the 1960s, in the wake of independence movements throughout Africa, francophone women were key participants in the conversation on Pan-Africanism. They contributed to a body of writing that sought to establish a network of black women’s political activism across geographic and linguistic borders. The journal, Awa: La Revue de la femme noire (Awa: The Black Woman’s Journal) was one such contribution. [continue reading]

The rise of China has provoked thinkers to debate the classical worldview crystalized inTianxia. Literally meaning “all under heaven”, “tianxia” refers to a system of governance, held together by a regime of value and culture, which transcends racial and geographical boundaries. The interest in this hoary concept, however, is not new. When Qing China encountered the Western powers in the 19th century, Chinese thinkers, such as Kang Youwei, proposed the idea of datong (great world community) and tianxia to heal the world riven by interstate conflict and colonialism.

In The Chinese World Order: Traditional China’s Foreign Relations, edited by John K. Fairbank in 1968, scholars examined imperial China’s tribute relations with regions of East Asia. Fairbank claimed that the Chinese concept and practice of an international order flourished over two millennia until the Western powers intruded into East Asia. But the Western vocabulary of nation, sovereignty, and equality of states, he cautioned, are ill-suited for the inquiry into the Chinese concept that aspires to a political community broader than the nation-state. The contemporary debate over whether China is a regular nation or civilizational empire reflects the confrontation of the Western system of nation-state and the Chinese worldview. [continue reading]

All these years later, nobody has chronicled the Partition like Ritwik Ghatak

India’s moment of liberation from the British was also a moment of rupture: with independence came partition on August 15, 1947. Partition did not mean quite the same thing for Punjab and Bengal – the two provinces that got divided on the eastern and western borders of India – but there was one aspect that was common to both: most ordinary citizens found it difficult to accept the fact of partition and their lives changed beyond recognition once they became refugees.

And yet, as far as Bengal was concerned, Partition hardly had any immediate thematic impact on film or literature. The first Bengali novel to deal with partition came out only in 1955 – Narayan Sanyal’s Bakultala P.L.Camp. But it was highlighted on celluloid much earlier, in the 1950 classic, Chinnamul (The Uprooted), by Nemai Ghosh. This landmark film, which ushered in Bengali cinematic realism, relates the story of a group of farmers from East Bengal who are forced to migrate to Calcutta because of Partition. Ghosh used actual refugees as characters and extras in the film, but there were some seasoned theatre actors in the cast as well. One of them was Ritwik Ghatak – who would soon turn director himself and make the partition theme his own. [continue reading]

On or about February 24, 1848, a twenty-three-page pamphlet was published in London. Modern industry, it proclaimed, had revolutionized the world. It surpassed, in its accomplishments, all the great civilizations of the past—the Egyptian pyramids, the Roman aqueducts, the Gothic cathedrals. Its innovations—the railroad, the steamship, the telegraph—had unleashed fantastic productive forces. In the name of free trade, it had knocked down national boundaries, lowered prices, made the planet interdependent and cosmopolitan. Goods and ideas now circulated everywhere.

Just as important, it swept away all the old hierarchies and mystifications. People no longer believed that ancestry or religion determined their status in life. Everyone was the same as everyone else. For the first time in history, men and women could see, without illusions, where they stood in their relations with others. [continue reading]

A paradox sits at the heart of the human rights movement. For decades it has made strong claims about the universality of human rights but then proceeded to present a discounted version of the universality story. Standard historical accounts have privileged the role of western actors, and their perspectives on historical causalities. These have been accompanied by an overemphasis on the 1940s and 1970s in explaining the emergence of human rights—an emphasis that reveals a scholarly addiction to “human rights moments” and iconic histories, instead of more richly contextualized narratives over time.

The above-mentioned emphasis has resulted in a huge gap in knowledge concerning the intervening period – covering about 25 years from 1948 to the mid-1970s. In this period, the largest transformation of sovereign power in world history took place, namely decolonization. Surely, this structural transformation in the international system of states played a role in the post-1945 emergence of human rights en route to their contemporary significance? [continue reading]