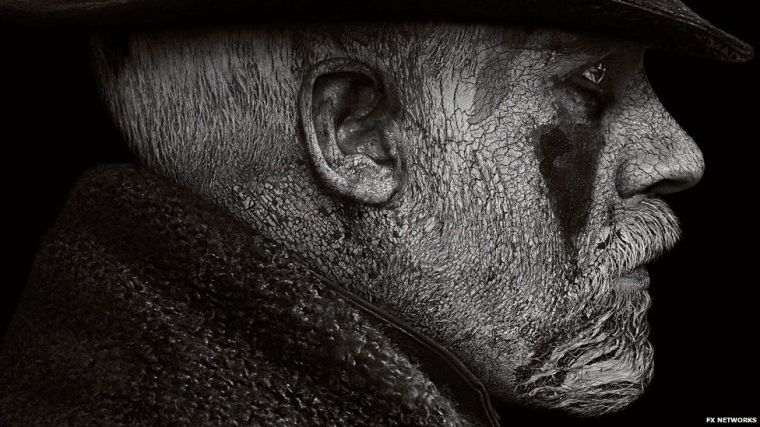 From Tom Hardy’s East India Company to how the Ottoman Empire saw the United States in 1803, here are this week’s top picks in imperial and global history.

Taboo: the East India Company and the true horrors of empire

“When you left London the East India Company was a trading company,” Tom Hardy’s troubled anti-hero James Delaney is warned in the second episode of the BBC’s prime-time drama Taboo. “Now it is God Almighty.” Discussing the show before it aired, writer Stephen Knight referred to the East India Company as “the equivalent of the CIA, the NSA and the biggest, baddest multinational corporation on earth, all rolled into one self-righteous, religiously motivated monolith”.

The East India Company (EIC) was certainly both economically and politically powerful in early 19th-century Britain. With large swathes of the Indian subcontinent under its control by 1818 and financial clout in London exceeded only by that of the Bank of England, the EIC didn’t get where it was by playing nicely. [continue reading]

The Indian history of the racist, slave-trading Yale University founder

Elihu Yale was only 24 when he crashed through the waves on a mussoola boat, landing on the rough sands outside Fort St George, an outpost for the East India Company on the Coromandel Coast known as Madras, now Chennai.

He would make his fortune here, rising from a mere clerk to junior merchant to senior merchant and then on to the council of members, from whom the Governor was selected. In almost no time, Governor Elihu Yale had pulled himself up from his rough and tumble arrival on that sandy beach and become a proper 17th century “nabob”, as Europeans who had amassed great wealth in India were called, or one who displayed all the arrogance of the colonial race towards the native population, while taking a cue from the way that the ruling classes themselves behaved towards the people serving them. [continue reading]

In the autumn of 1983, at the height of Cold War tensions, the world was only saved from nuclear disaster by the gut feelings of two soldiers during different incidents. In the first incident, on September 26, a Soviet lieutenant colonel named Stanislav Petrov saw that according to the early-warning system, the Americans had launched numerous missiles against the Russians. He suspected an error and ignored the warnings. His decision to breach protocol and not inform his superiors averted a panicked retaliation.

This was the “Able Archer War Scare”, which occurred over ten days in the November of the same year. Recently declassified documents inform Able Archer 83, a new book by the Cold War historian Nate Jones which shows just how close the world came to disaster.The second incident is less well known. An American lieutenant general, Leonard Perroots, also chose to ignore warnings – this time that the Soviet Union had gone on high nuclear alert. Like Petrov, he did nothing, and once again may have prevented an accidental nuclear war. [continue reading]

African economic history today lacks a literature to provide an accurate portrayal of economic growth in Africa during the decades after the Second World War. The scholarly field of African Studies has exacerbated problems caused by the lack of synthetic works on African economic history or discussions of national or regional policymaking, because of its focus on localized studies often undertaken with an anthropological focus. One of the fathers of the anthropological turn in African history, Steven Feierman noted in 1999 that the success of his methodology was making it increasingly difficult to tell African history at a macro-level on its own terms.

The problem is that a lack of macro or even of meso-level perspective on questions of Sudanese or Nigerian wealth and poverty encourages us to ask the wrong questions. For example, since the 1960s, scholars ranging across the ideological spectrum from the socialist Walter Rodney to the neoliberal Robert Bates have asked why Africa is so poor. Yet, new economic data, and the work of a recent generation of economic historians, demonstrates that at an aggregate level Africa is roughly as wealthy as large parts of Asia and Latin America. [continue reading]

What did the United States look like to Ottoman observers in 1803? In this map, the newly independent U.S. is labeled “The Country of the English People” (“İngliz Cumhurunun Ülkesi”). The Iroquois Confederacy shows up as well, labeled the “Government of the Six Indian Nations.” Other tribes shown on the map include the Algonquin, Chippewa, Western Sioux (Siyu-yu Garbî), Eastern Sioux (Siyu-yu Şarkî), Black Pawnees (Kara Panis), and White Pawnees (Ak Panis).

The Ottoman Empire, which at the time this map was drawn included much of the Balkans and the Middle East, used a version of the Turkish language written in a slightly modified Arabic script. Ottoman script works particularly well on maps, because it allows cartographers to label wide regions by elongating the lines connecting individual letters. [continue reading]