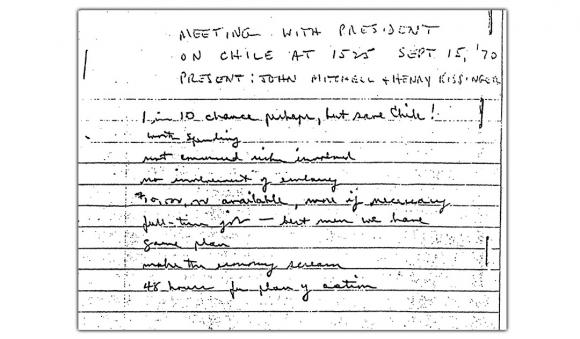 From using Instagram to teach forgotten histories to when rock fought against racism, here are this week’s top picks in imperial and global history.

Until recently, Instagram was not known for its political potential. The app was widely understood as the land of influencers, curated realities, and vapidness — and though its political potential has recently been harnessed by the proliferation of social justice “Instagraphics,” this view of the app has ignored the work of archival Insta accounts that seek to build communities around forgotten or ignored histories.

It is no secret that the history we are taught is sanitized, whitewashed, and sexist, but this knowledge does not make these hidden histories easier to excavate. Instagram accounts like @Race_Women attempt to make these forgotten histories more accessible by posting archival photos and materials that disrupt the notion that the histories that matter are solely about White men. [continue reading]

As a person who studies early modern vernaculars, I often hear the opinion that Hindi was created a little more than 200 years ago by the British. This view is nowadays shared by both Hindi and non-Hindi speakers. Those who resent the political role of Hindi in 20th century nationalism claim, as the title of an article by a Bengali author does, that “Hindi was devised by a Scottish linguist of the East India Company – it can never be India’s National Language”.

Similarly, one of the leading Hindi publishing houses, Vani Prakashan, states in its home page that Hindi, in its present form, is the language that is born in modern times”. In contrast, most 20th century scholars working under the ideas of the Indian freedom struggle underlined the continuity of modern Hindi with earlier literary idioms, such as Avadhi and Brajbhasha (though rarely with Hindustani). [continue reading]

On September 15, 1970, during a twenty-minute meeting in the Oval Office between 3:25 pm and 3:45 pm, President Richard Nixon ordered the CIA to foment a military coup in Chile. According to handwritten notes taken by CIA Director Richard Helms, Nixon issued explicit instructions to prevent the newly elected president of Chile, Salvador Allende, from being inaugurated in November—or to create conditions to overthrow him if he did assume the presidency. “1 in 10 chance, perhaps, but save Chile.” “Not concerned [about] risks involved,” Helms jotted in his notes as the President demanded regime change in the South American nation that had become the first in the world to freely elect a Socialist candidate. “Full time job—best men we have.” “Make the economy scream.”

Fifty years after it was written, Helm’s cryptic memorandum of conversation with Nixon remains the only known record of a U.S. president ordering the covert overthrow of a democratically elected leader abroad. Since the document was first declassified in 1975 as part of a major Senate investigation into CIA covert operations in Chile and elsewhere, Helms’s notes have become the iconic representation of U.S. intervention in Chile—and an enduring symbol of Washington’s hegemonic arrogance toward smaller nations. [continue reading]

Museum in India Celebrating Muslim Dynasty Gets a Hindu Overhaul

The museum was meant to showcase the arms, art and fashion of the Mughals, Muslim rulers who reigned over the Indian subcontinent from the 16th to the 18th centuries. But officials this week in Agra, home to the Taj Mahal — the world’s most famous example of Mughal-era architecture and India’s best-known building — had another idea: a complete overhaul of the museum so that it would instead celebrate India’s Hindu majority, leaders and history.

The changes to the planned museum are the latest example of a Hindu nationalist revival sweeping the country, spurred by the country’s popular prime minister, Narendra Modi. Critics of the government say that Mr. Modi and his supporters are fanning the flames of religious division, damaging India’s secular foundation and rewriting the country’s history to remove Muslim achievements from the narrative. [continue reading]

White Riot: When rock fought the racism of David Bowie and Eric Clapton

Look, I will be honest here. We approach every streaming release with an open mind, but if you are flogging a documentary about the Rock Against Racism movement then you are pushing your Doctor Marten against an already open door. From 1976 until 1982, the organisation brought together all kinds of musicians — punk, post-punk, reggae, ska — to protest a rising swell of racism in Britain. There seemed, in those dangerous times, a real chance that the National Front could become a legitimate force in politics. RAR helped stem the tide while relaying some excellent music.

We are happy to report that Rubika Shah’s film provides a smooth, imaginative telling of an interesting story. The graphics are cool. The inevitable animations (look, it’s a 21st century doc) are kept to a discrete minimum. The still lively founding parents are talkers of the first degree. White Riot is here both to educate and to serve the nostalgists. [continue reading]