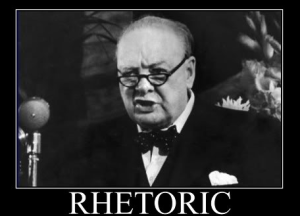 Churchill and the Culture of Imperial Political Economy

Winston Churchill is not famed for his views on economics. Yet they formed an important aspect of his outlook. Even though he never claimed any great expertise, he understood trade better than he did finance, and probably cared about it more, too. His career spanned the era of the Edwardian Tariff Reform controversy to that of the General Agreement on Tariffs and Trade (GATT). After leaving the Conservative Party in 1904 as it shifted towards protection, he proved a vigorous and effective campaigner on behalf of free trade Liberalism. Returning to the Tories as Chancellor of the Exchequer in 1924, he was seen by many of his protectionist colleagues as an obstacle to their preferred policies. During the political and economic crisis of 1931, however, he committed himself to support a tariff. And during World War II he did his best to defend Britain’s imperial preference system against the efforts of the Roosevelt administration to ensure its demise. His final premiership of the 1950s saw a further twist: after some struggles with party dissidents, his government accepted GATT as a permanent fixture, committing itself to freer (if not completely free) trade.

Examination of the rhetorical techniques that Churchill used to justify the varying positions he adopted casts light not merely on his personal political trajectory but on the culture of political economy within which he was operating. Consider, for example, how Churchill used the theme of ‘science’ in relation to trade. In 1904, in a speech to mark the centenary of Richard Cobden, he portrayed free trade as being based on immutable and eternal scientific laws that the variation of circumstances could not alter. Contrast this with his remarks he made in the early 1930s, when he grudgingly accepted Britain’s move to protectionism. He now presented trade as something that could be abstracted from party conflict and raised up onto the higher plane of scientific enquiry and technocratic discussion. The role of science was cast as that of pragmatic experiment, improvisation and disinterested enquiry into current facts. There was one thing, however, in which he was highly consistent. In general, he tended to view human progress as being driven forward by evolutionary struggle, but he never presented trade as being part of that conflict.

Exploring Churchill’s public statements reminds us that ‘free trade’ and ‘protectionism’ were rhetorically constructed discourses. This is not, however, intended as a post-modernist critique: trade barriers, or their absence, did of course have real economic effects that were experienced by producers and consumers. The point is rather that arguments over trade did not simply involve debate about the merits of two neat, antithetical categories of policy which were divided from one another along a boundary recognised by all players. Rather, these categories were constructed through argument and continuously reconstructed. Churchill’s trade rhetoric, then, was not merely deployed in defence of free trade (or in defence of his eventual decision to stop defending it); it was also part of a broader process that helped define what ‘free trade’ was, with consequences for its political demise in the interwar years and subsequent post-war reinvention.

The ideas in this post are explored in depth in my chapter in A Global History of Trade and Conflict since 1500, Edited by Lucia Coppolaro and Francine McKenzie, Palgrave Macmillan, 2013.