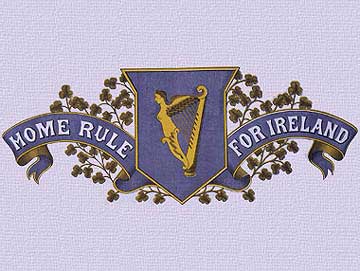 The following remarks were made by Professor Richard Toye at an event held this week at the Irish Embassy to commemorate the centenary of the Third Home Rule Act. The event, which also featured Professors Paul Bew and Michael Laffan, and former Taoiseach John Bruton, will be broadcast on BBC Parliament at 9pm on 5 July.

The 1914 Home Rule Act was, by any standards, a messy compromise. But was it a good compromise or a bad one?

Given that it was not put into effect in 1914, we can argue that it might, under the right conditions, have succeeded. Yet this strikes me as overoptimistic. Collectively, the British and Irish politicians who were involved in the bitter arguments over Ireland’s future, were unable to reach meaningful agreement over what should be done, even though they were just about capable of reaching a supposed solution that papered over the yawning gaps between the parties. Bluntly, they failed – and failed quite badly.

Is the Home Rule Act worth commemorating, then?

To answer this, we need to answer two other questions.

2) Why did it not solve the problem that it was designed to solve?

The Act came about because the two general elections of 1910 ended in a draw. Therefore the Irish Parliamentary Party held the balance of power, and was able to make the Liberal government’s enaction of Home Rule the price of its continued support.

It did it not solve the problem that it was designed to solve because the Unionist opponents of Home Rule viewed it as an existential issue and were willing, so they said, to fight for it to the death, and were literally prepared to contemplate civil war. The Liberals, for their part, were never prepared to call the Unionists’ bluff – and we still don’t know what the results would have been if they had done so.

The Liberals successfully pressured the IPP to compromise, but this was futile, because – whether out of high-minded principle or stubborn intransigence – there was no compromise that the unionists were prepared to accept.

It was for this reason that, from the point of view of some members of the British cabinet, the outbreak of World War I came almost as a blessed relief. The Home Rule Bill went onto the statute book, but with its operation delayed until the end of the war – in effect slamming the lid on the political pressure cooker.

So, I ask again, is it worth commemorating? Fifty years ago, no-one thought so: the idea of an event like tonight taking place in 1964 would have been inconceivable. But I say yes, commemoration is worthwhile. We may not agree on the Act’s meaning or on its fundamental desirability. But if today we commemorate the failure of a political process, we can also celebrate the processes of reconciliation that have brought us here to discuss this undoubtedly momentous centenary.