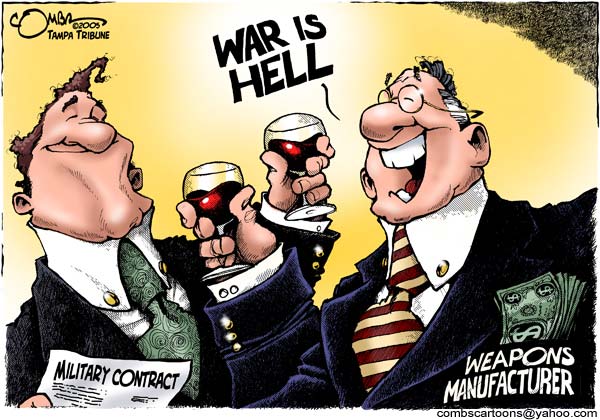 Amid the early decades of the twentieth century, critics of Western imperialism such as economist Joseph Schumpeter and sociologist Thorstein Veblen may have been correct to connect aristocratic tendencies with imperial expansion. And political scientist Louis Hartz may also have been correct when he proclaimed in The Liberal Tradition in America (1953) that, unlike Europe, the United States had no aristocracy. However, Hartz’s analysis will provide little comfort to the vast majority of the American public, who find their more pacific views are not reflected in US foreign policy making.

For example, the US government is arming Syrian rebels even though 70% of Americans oppose it, according to a recent Pew poll. Another Pew study finds that more than 50% of Americans would prefer a non-interventionist US military policy, even as the White House expands US military campaigning in Northern Iraq, its proxy war in Syria, and its military presence in the Philippines.

Observers outside Congress have begun to link this seemingly undemocratic predilection for militarism among the US foreign policy elite to their desire to obtain money from hawkish political donors within the business community. As a result the views of the American majority are rarely reflected in Washington. In the August 2014 edition of the Atlantic, an influential American magazine, Peter Beinart argues that this ‘bizarre’ penchant for militarism among US policy makers is undemocratic:

Elite opinion has grown more hawkish even though public opinion at large hasn’t. When it comes to foreign policy, the key divide is no longer between Democrats and Republicans. It’s between the elites of both parties and their rank and file.

It is a provocative argument, but it lacks any real historical context. Historians of empire, however, will find the article’s thrust eerily familiar — critiques of foreign policy makers’ penchant for militarism go back a long way.

A century ago, critics of imperialism were making similar observations in Europe and the United States, as they viewed with alarm the colonialism and militarism of the era, culminating in the First World War. On the one hand, Marxist theorists like V. I. Lenin in Imperialism: The Highest Stage of Capitalism (1917) argued that the Great War was an inevitable outgrowth of capitalist competition among the Western imperial powers. On the other hand, non-Marxist theorists like Schumpeter and Veblen developed a more nuanced explanation, one that did not condemn capitalism completely. They developed what might be called ‘elite imperial theory’, in which the root cause of turn-of-the-century imperialism and militarism was not inherent in capitalism, but with powerful, antiquated, anti-capitalistic policy makers. It was this outdated and aristocratic class, working closely with industrial and financial monopolies, which led countries undemocratically to war.

Writing in the early twentieth century, Schumpeter (today more famous for his work on entrepreneurship and ‘creative destruction’) was a provocative imperial theorist. In Imperialism and Social Classes (1919) he attacked what he saw as the symbiotic relationship between the European aristocracy and militarism in order to explain the imperial expansionism leading up to the First World War.

For Schumpeter, global capitalism in its purist form – international free trade, market competition, and economic interdependence – was peaceful in nature. Imperialism was therefore irrational and outmoded, an archaic outgrowth stemming from the influence of aristocrats alongside nationalist cartels, which had been allowed to develop within protectionist regimes to export surplus production abroad.

This pre-modern ‘warrior culture’ and cartels – an earlier incarnation of  what US President Dwight Eisenhower would later dub the ‘military-industrial complex’ –  impelled states ‘to unlimited forcible expansion’. But Schumpeter also optimistically believed that this imperial impulse would soon ‘wither and die’ once the global capitalist system rid itself of protectionism and whatever aristocratic vestiges that remained.

In The Theory of the Leisure Class (1899) and The Theory of Business Enterprise (1904), Veblen blamed a combination of inimical influences as the root causes of Western imperialistic tendencies: an older ‘dynastic’ ruling elite, protectionism, irrational nationalism and vested financial interests. Stemming from America’s long history of European immigration, so too had American foreign policy makers been imbued with this pre-industrial militaristic and nationalistic ethos.

Witnessing the international fallout of the First World War and the subsequent resurgence of global protectionism, Veblen became much more pessimistic than Schumpeter regarding the relationship between democracies and militarism. ‘The democratic nations have been gradually shifting back to a more truculent attitude and more rapacious management in all international relations,’ he wrote in 1919. Veblen believed the world war had also made the US more militaristic and less liberal. And in contrast to Schumpeter’s more pacific view that democracies would one day shed their imperial ways, Veblen saw in the US a democratic reversion to an ‘aggressive chauvinistic policy’ of imperialism.

What conclusions can be drawn from this history of imperialism?

First, it demonstrates how the imperial past can shed historical light on today’s state-sponsored militarism, democratic and despotic alike. Schumpeter and Veblen were grappling with eerily similar problems surrounding the relationship between democracies, international political economy, the military-industrial complex, and foreign policy making. We may now live in a largely post-imperial world with a mostly democratic West, but the Western penchant for military interventionism has nevertheless shown itself to be very much a part of the new century’s global capitalist age.

Second, it would seem that Schumpeter was hasty in his prediction that the militant impulse would soon decline. Instead, it seems that Veblen’s more pessimistic observations are better reflected in the hawkish tendencies of American policy makers, let alone in the numerous military interventions by democratic states around the globe, be it recent Russian actions in Ukraine or French military involvement in the Central African Republic. Hopefully Schumpeter’s optimism will yet prevail.

3 thoughts on “Could Imperial History Help US Foreign Policy Makers?”