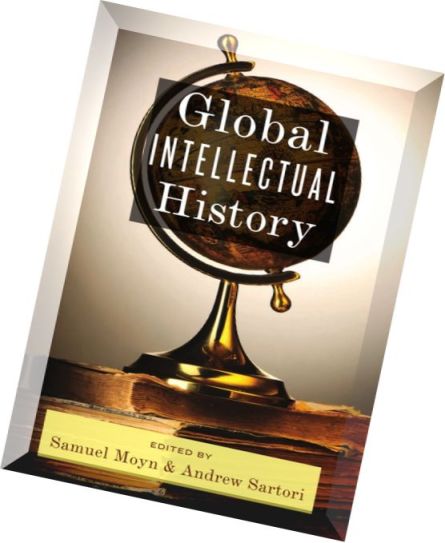 In his bestselling recent novel, The Thousand Autumns of Jacob de Zoet, David Mitchell provides a vignette of global intellectual history, as he imagines it took place in the last years of the eighteenth century at Dejima, the manmade island in Nagasaki’s harbor and the sole contact point between Japan and “the West” for more than two hundred years.

In Mitchell’s portrait, however, the intended isolation of the country that Dejima is supposed to secure is not working perfectly. The novel begins with the title character’s success in smuggling in a contraband Bible. He has help in doing so, thanks to the connivance of a young Japanese translator, Ogawa, with whom he strikes up a nervous friendship.

When the two first meet, instead of calling de Zoet on his illegal smuggling, the Japanese translator asks him about another book in his chest, “book of Mr. … Adamu Sumissu.” Jacob de Zoet replies: “Adam Smith?” It turns out that he is carrying a Dutch translation of Smith’s 1776 Wealth of Nations, a copy of which Ogawa had borrowed from someone else four years before. But he had had to return it to its owner in the midst of translating it. Now he has a new copy at hand, and can finish the job.

The presence of Smith at the outset of the novel seems right, for it reminds the reader of the history of capitalism that Smith portrayed, one of whose effects was the creation of new global relationships, such as those Mitchell imagines in his depiction of Dutch commerce.

Yet later on in Thousand Autumns, a somewhat mistaken understanding of Smith surfaces. The novel’s Japanese bad guy – who has meanwhile slaughtered our poor translator – defends his murderous ways by citing economic logic. “Your Adam Smith would understand,” he explains. Apparently he had not yet seen Smith’s Theory of Moral Sentiments in translation.

How do ideas travel the world? We rarely ask this question, even though we talk everyday about the spread of democracy, human rights, and other values on which international affairs now depend. We will never be able to debate the meaning of our most cherished ideas if we fail to focus on how — and whether — they have been propagated and embraced across the boundaries of space, language, and culture.

Now historians are asking how to make sense of the global space of intellectual exchange. Has such a global space always existed, or is it something new? Historians are debating what the most important factors are in explaining how ideas get from here to there. What role does the translation of words and knowledge-brokers play in rendering ideas globally mobile, if that is in fact what they are?

Historians are wondering whether we can separate how ideas spread from how people live. Do local traditions of thought and imagination remain more impermeable to one another if people’s social experiences are too different? Might a common term like “rights” be used to articulate substantially different meanings in different cultural contexts? Might the rise of modern capitalism help account for how the globe was thrown open to the intellectual connections that seem to deepen everyday? Our recent coedited volume, Global Intellectual History, is intended to take up these questions. (The book appears in paperback in a couple of months.)

Historians are also asking about ideas and power. Contrary to Thomas Friedman’s bromides, the world is most definitely not flat – even, or especially, in the age of “globalization.” So historians are looking for how to think about an uneven world in which some territories are more or less off the grid of intellectual circulation. Even where they exist, information highways between and among regions have always been built unequally. Settings are different: concepts can be imposed as much as welcomed, and people can push back with very different sets of beliefs and assumptions.

Can we explain how ideas spread without investigating how some of those ideas embraced most enthusiastically in some places over the course of history — from Christianity to human rights — have fallen on deaf ears elsewhere? Can we make sense of why some ideas have conquered the globe without considering why others have remained stranded without a passport?

There is no consensus concerning these questions, but they are of great present excitement. Contrary to an astoundingly misleading recent review by Sanjay Subrahmanyam in History & Theory, however, readers should know that our volume on Global Intellectual History is as much devoted to whether there ought to be such a field as to what it should look like. Our goal is to slow down in the face of enthusiasm, not unthinkingly ride its wave, as otherwise seems so tempting given the proliferation of books, courses, even chairs (like Subrahmanyam’s own!) in the subject.

Lurking in contemporary historical writing, for the most part below the level of explicit argument, are a series of provisional approaches to how we might understand the global scale of intellectual history. If we are to approach these questions about the global connectedness of ideas with any clarity and directness, we must begin by recognizing the differences between various approaches. Only then can we be confident that we are talking about the same sets of historical problems, and invoking coherent and compatible frameworks for analyzing them.

One influential conception of human history has been in terms of a gradual evolution from bad ideas to good ones. That history would then imply that the locations with the most developed and adequate ways of thinking would therefore be most likely to produce ideas that were increasingly unshackled from spatial limitations. To take a classic example from the work of Berkeley Sinologist Joseph Levenson, when the West confronted China, the longstanding claims of Chinese scholars to the universal significance of their ideas was brought into crisis by the universal power of modern Western ideas. Mitchell gets at this one-way relationship in highlighting the enthusiasm with which the novel thinking of political economy was greeted in the east. From this perspective, the non-Western world is forever trapped in one of two roles: grateful recipient of Western truth, or irrational recalcitrant.

Such accounts retain some sophisticated adherents, but for the most part historians have grown suspicious of them. They even insist on looking at how the West has learned from its perceived inferiors, or how ideas have circulated in fascinating ways outside the traditional boundary lines of geopolitics. For example, Cornell scholar of Indonesia Benedict Anderson has shown that anti-colonial anarchism was forged in the context of real networks that traversed different colonial and metropolitan locations, generating unexpected complicities between Cuba and the Philippines.

Yet the entire issue of where the lines of influence are to be drawn — and the politically charged concern about how central the West ever was to the intellectual life of an increasingly integrated world — masks other difficulties.

What have been the historical processes that have made intellectual connections and exchanges possible beyond established communities and across conventional boundaries?

Ideas, whichever way they travel, are never free-floating, and at the very least depend on the language in which they are expressed. We know that even in an era of “Globish,” as Robert McCrum has labeled the age in which English has become the world’s lingua franca, the post-Babel situation of a multitude of tongues remains a universal limit to communication and experience.

Language is a prism through which the light of ideas is necessarily refracted. Is the fact that the light travels beyond the boundaries of language the most important, or that it is inevitably deflected and colored, creating new meanings? What was Smith’s “science of wealth” in Japanese, or “self-interest,” and so on, and how did they survive the game of telephone through which they reached their new language — not directly but through the intermediation of a Dutch translation?

And then there are travelers and go-betweens. Language itself is not spoken apart from the people who speak it. Those who can bridge linguistic boundaries therefore can play a role in shaping exchanges. Others have emphasized that experiences of physical displacement and encounter generate particular possibilities for new connections, as well as for new ways of experiencing the world.

If this approach is right, language’s capacity to translate specific ideas, or the accident of how words are chosen at particular times, matters less than the creativity of individuals in trying to compare and contrast different intellectual universes and map them onto one another. In this view, the personal relations of de Zoet and his ill-fated friend Ogawa matters because their creative interactions determined what the author we know as “Adam Smith” might mean faraway.

Finally, there are those who stress not the importance of language or people but the nature of interconnectedness and the terms it sets for how far and in what sense ideas move. For every foreign dictionary, translated book, or conceptual entrepreneur to be possible there is already a huge range of necessary preconditions: a market for strange ideas, books by faraway authors, and above all technologies of communication and personal movement. In history, these possibilities have not arisen separately but as part of the globalization of exchange, above all the exchange of goods. If ideas can move, then it is surely through networks that are only in part personal and linguistic.

But perhaps that is itself still too narrow a framework for thinking about connectedness past and present. Perhaps part of what shapes the capacity of ideas to move are connections that have little to do with ideas per se, but that nonetheless profoundly shape experience across otherwise widely divergent locations. In other words, perhaps it is the experience of sedentary/nomadic frontiers, of processes of state-formation, or of the extension of capitalist society that has provided the most basic context for the movement of ideas across space. It might be the comparability of disparate locations that conditions the movement of ideas between them.

This debate today matters because it helps us reconsider why some of our most cherished notions seem to some observers like waves on the beach of foreign lands that leave their interiors high and dry. If you hew to the importance of translations or brokers, you might conclude that the right words or canny intermediaries have not yet been found. Or you might infer that our global experience is not yet common enough for any truly global exchange of ideas to occur.

But it might also soon turn out that those whom we (whoever “we” might be) want to listen have heard perfectly well. It might be that they articulate the same sets of concerns in terms we don’t readily recognize. Or it might be that, of the many things they hear from elsewhere, they have chosen to engage some ideas but not others. Or it might be that they have heard all too well, learning not only our meanings but also how to transform them to their ends. Just as in David Mitchell’s novel, “our” Adam Smith read in a new way may turn out to be more effective for “their” agendas than the one we consider the real author.

8 thoughts on “What is Global Intellectual History – If It Should Exist At All?”