From covering up Soviet crimes to how the Vietnamese view the Vietnam War 40 years after, here are this week’s top picks in imperial and global history.

Russia Will Cover Up Stalinist Crimes

On April 9, Ukrainian parliament passed a law “On the access to the archives of repressive organs of the communist and totalitarian regime of 1917-1991.” All documents relating to repression and human rights violations will be transferred to the state archive of the Ukrainian Institute of National Memory. Anyone who wishes to access them will be able to do so, including Russian historians. Meduza‘s Aleksandr Borzenko spoke to Nikita Petrov, a specialist on Soviet repression, on what the opening of Ukrainian archives means for people in Russia and why Russia’s archives won’t be opening up anytime soon.

Is the opening of Ukrainian archives a big event for historians?

It’s very important of course, and it’s a big decision for Ukrainian parliament to open up all the material and archives of the state security services which operated in Ukraine. Much of this was done under President [Viktor] Yushchenko, but now we’re talking about releasing all the documents, including the case files of agents and material related to undercover surveillance operations. They’re opening up the so called “dossiers” – information on dissatisfied citizens – which were compiled by the Soviet security services. [continue reading]

“Ten Million Black People . . . are Watching:” Reactions to the Outset of the U.S. Occupation

On August 1, 1915, the Baltimore Sun published an editorial on the recent invasion of Haiti by the United States. It argued that the U.S. government had “landed American marines to restore order and prevent further outrage on foreigners there.” And it was obvious, of course, that the “execution of this benign purpose” had only become necessary “when murder and anarchy became rampant in Port-au-Prince.”

In fact, the prospect of not invading Haiti struck the leading Baltimore paper as absurd. Taking aim at the “[William Jennings] Bryans and the Jane Addamses and the “strict neutrality” advocates,” the Sun noted sardonically that “if war is always indefensible and criminal, then the American marines or those who ordered their invasion of a foreign country are criminals.” “What right,” it continued, “has the United States to forbid the Haitians from following their own Ethiopian instincts and cutting each other’s throats if they see fit, even if white people are endangered and robbed thereby?” Conjuring this well-worn trope of black-on-black crime run amok was meant to silence debate about the occupation and prove beyond doubt that Uncle Sam was a benevolent patriarch not “a bully and a war lord and a murderer.” It did neither. [continue reading]

Armenia and its tragic history has had an intensive blast of media coverage in the run-up to the April 24 centenary of what is now widely – though not universally – referred to as the genocide of 1915. Presidents Vladimir Putin and Francois Hollande will be in Yerevan representing Russia and France, the two most important countries to have risked Turkey’s wrath and use the G-word with reference to the mass deportations and killings in the final days of the Ottoman Empire. The US, which also does not use it, is sending the Treasury Secretary, Jack Lew. Britain will be represented by John Whittingdale, the Conservative chairman of the all party committee on Armenia.

No disrespect intended to Whittingdale, to the UK ambassador to Armenia or to the Bishop of London, who will also be there. But the level of UK representation is far below that of the three other permanent members of the UN security council. Another point of comparison is that the Prince of Wales is leading the UK delegation to the Gallipoli centenary commemoration on the same day. And the date for that, Armenians believe, was chosen deliberately by the Turks – long loyal Nato allies – to overshadow their own event at the Genocide Memorial in Yerevan. [continue reading]

The Vietnam War, as Seen by the Victors

HANOI, VIETNAM—Forty years ago, on April 30, 1975, Nguyen Dang Phat experienced the happiest day of his life. That morning, as communist troops swept into the South Vietnamese capital of Saigon and forced the U.S.-backed government to surrender, the North Vietnamese Army soldier marked the end of the war along with a crowd of people in Hanoi. The city was about to become the capital of a unified Vietnam. “All the roads were flooded by people holding flags,” Nguyen, now 65, told me recently. “There were no bombs or airplane sounds or screaming. The happy moment was indescribable.” 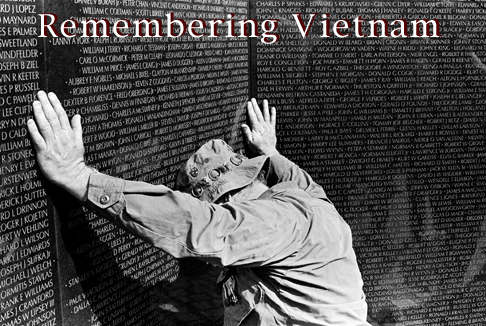 The event, known in the United States as the fall of Saigon and conjuring images of panicked Vietnamese trying to crowd onto helicopters to be evacuated, is celebrated as Reunification Day here in Hanoi. The holiday involves little explicit reflection on the country’s 15-year-plus conflict, in which North Vietnam and its supporters in the South fought to unify the country under communism, and the U.S. intervened on behalf of South Vietnam’s anti-communist government. More than 58,000 American soldiers died in the fighting between 1960 and 1975; the estimated number of Vietnamese soldiers and civilians killed on both sides varies widely, from 2.1 million to 3.8 million during the American intervention and in related conflicts before and after. In the United States, the story of America and South Vietnam’s defeat is familiar. But North Vietnam’s war generation experienced those events differently, and several told me recently what it was like to be on the “winning” side. [continue reading]