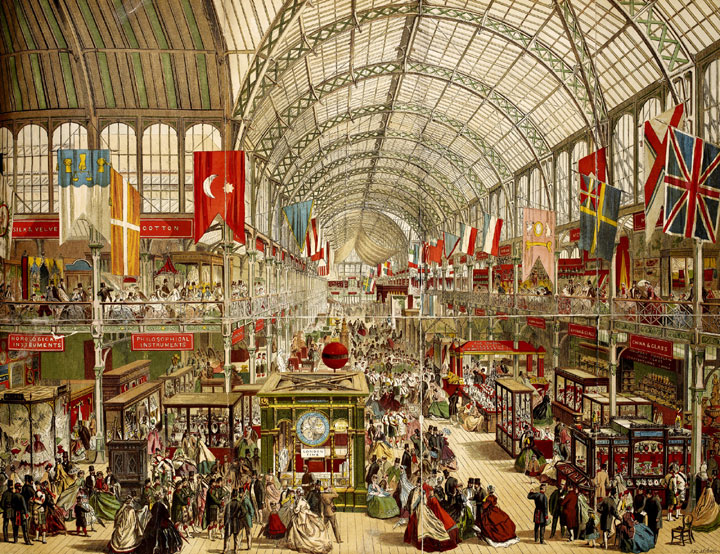 Stefan Piotrowski
Against the Current Productions

Featuring Andrew Thompson, Bernard Porter, and Stephen Howe, this film focuses on the curious absence of Empire – or what might be called an imperial perspective – in mid-Victorian Britain. The first part explores other powerful ideas of Britain that compete with and at times overshadow the idea of Britain as an imperial nation. The second examines the extent to which these national ideas – imperial or otherwise – reverberated with the wider population.

Following on from – and inspired by – Hume’s History of England, nineteenth-century historians set great store by the country’s domestic progress. The central British story was a political narrative; its main characters those great men who had been at the heart of the nation’s affairs. The violence and ongoing instability unleashed by the revolution in France – in my opinion – also played a part in strengthening this tradition. The British political system, now newly reformed, had, it seemed, managed to steer a steady course between the extremes of tyrannical monarchy and anarchic democracy.

This ‘progress narrative’ was at times also complimented by the image of Britain as an industrious nation; a country whose innovation, technical superiority and hard work made it second to none. The stated aims of the Great Exhibition of 1851 are a fascinating example of these two ideas intersecting. This image of Britain as a nation of industry obviously didn’t exclude it from also being seen as an imperial power, but we need to remember that the mid-nineteenth century was also the age of utopian free trade. According to such a worldview, Britain wasn’t forcing the products of its hard work on other nations; it was trading with them freely.

This idea of Britain as primarily a nation of industry survives well into the 1920s and 1930s and can be found in the 1939 short propaganda film Britain at Bay. To J.B. Priestley, the film’s narrator and scriptwriter, Britain’s greatness was forged in the industrial towns of the north; its wealth and prosperity created in factories and foundries by men with faces blackened by coal dust and grease. Our ‘cousins’ in the colonies are mentioned briefly at the end as having heeded the call of the motherland, but the reference clearly alludes to the descendants of British settlers in Australia, Canada, and New Zealand. India or British Africa are not summoned either as a source of pride or as a reassuring source of manpower.

For the vast majority of Britons in this period, daily life would have been shaped – defined almost – by work. Automation in factories was still rudimentary, large water and coal-powered mills still required many human hands and most work in the countryside remained man- or animal-powered. This was an age before cheap clothes, washing machines, and refrigerators; where long hours of manual work – whether in the factory or in the home – were the norm.

The testimony we have from working class autodidacts who managed to write memoirs paint a particularly bleak picture of working class life. Knowledge of, or even interest in, the wider world appears to have been very restricted; limited leisure time left little space for more ‘intellectual’ pursuits and the main purpose of what education there was seemed to be the inculcation of moral principles. Denied the vote, the working classes had little stake in the affairs of the nation let alone the affairs of Empire.