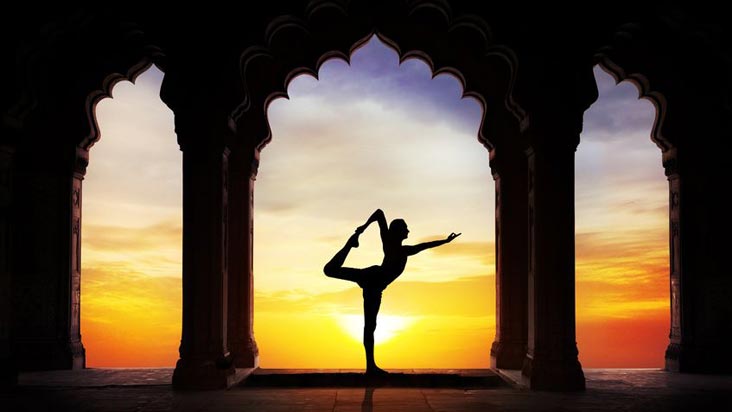 In 2015, the print and online Yoga Journal celebrated its 40th anniversary. It currently claims a readership of 2.1 million people and receives more than 5 million online page views per month. Lululemon, the famous retailer of women’s yoga wear, has started opening stores for men. The Maharishi Foundation website reports that it has established Transcendental Meditation Centres in 108 countries across the globe. Some of the best selling books of recent decades have focused on themes and practices traditionally found in Eastern Religion. Eckhart Tolle’s The Power of Now (1997) has been translated into 33 languages and is estimated to have sold 3 million copies. The book is described as a New Age reworking of Zen. Elizabeth Gilbert’s Eat Pray Love (2006) spent 187 weeks on the New York Times Best Sellers List and sent women across the globe running toward the ashrams of India. Clearly, alternative religion is big business in the twenty-first century.

This global mass consumption of alternative religion has long been regarded as a manifestation of the increasing commercialization of, well, everything since the 1980s. It is true that religion, like everything else, has reached new heights of sales in the age of mass marketing. French scholar Frédéric Lenoir has provocatively argued in Les Métamorphoses de Dieu (2004) that secular societies are more religious than at any previous time in history. However, what is less frequently spoken of is the role that imperialism played in the expansion of interest in Eastern religions in the West.

The commercialized roots of alternative religion can be found in the imperial age of the eighteenth and nineteenth centuries. In 1998, Wouter Hanegraaff effectively established in New Age Religion and Western Culture that in the final decades of the nineteenth century, there was a blending of the occultism with Eastern religious traditions. Freemasonry, fringe masonry, spiritualism, Theosophy, and the Hermetic Order of the Golden Dawn all incorporated aspects of Eastern religion. In the increasingly globalized and commercialized environment of the nineteenth century, a new syncretism of these traditions was achieved that provided a more secular approach to religion outside of traditional churches. This proved very appealing to an increasingly literate public and growing middle class, across the Western world.

Throughout the eighteenth century, Freemasonry provided engagement with an imagined Egypt or what was more loosely described as the Orient. By 1728, the seal of the Perfetta Unione lodge in Naples displayed a pyramid and sphinx. “Egyptian” Masonry was introduced to Paris in 1785, the founder being the Italian Count Cagliostro. This constructed vision of Egypt would have an important influence on the evolution of French occultism as orientalism blended with Freemasonry and fringe masonry. Steeped in the mythical lore of Egyptian Hermeticism, masonry assisted with a growth of interest in Egypt throughout Europe. Lodges became a place where religion, culture, and politics met in powerful ways that would transform religion as the Western world became increasingly critical of Christianity during the age of Enlightenment.

By 1778, Britain had driven France out of India and it had become largely a British colony. As the British presence in India grew, the curiosity about Hindu religion also grew. Certainly, the curiosity of the early colonists about Hinduism was practical. The process of colonization went more smoothly when colonists could understand the language, culture, and worldviews of their subject people.

The first meeting of the Asiatic Society took place in Calcutta in 1774 and they published the influential Asiatick Researches. Notably, Charles Wilkins, of the East India Company, achieved the first translation into English of the Bhagavad Gita. As an important Hindu religious text, this was the beginning of the effective presentation of Eastern religious texts to a European readership. After 1785, an English speaker was able to buy a quarto volume of the Bhavagad Gita for himself or herself. Isaac Lubelsky argues in Celestial India: Madame Blavatsky and the Birth of Indian Nationalism (2012) that ‘the East in general, and India in particular, would metamorphous in the European mind and become the Europeans’ lost home, indeed their ancestral homeland’.[1]

Of course the role of the Christian churches in the globalization of religion can also not be underestimated. In the final decades of the eighteenth century, missionary networks were expanding and this would have implications for imperial globalization across the long nineteenth century. Missionary societies, founded in Britain in the 1790s, were a precursor to the organized Protestant missionary movement that became a characteristic feature of British imperialism.[2]

These same Protestant missionary global networks brought information both to the colonies and back to the colonial homeland. Missionaries learned local languages and sent back regular reports. They kept diaries that were published through an active evangelical print culture. As such, missionaries were important to the creation of science and the development of anthropology. Periodical publications, pamphlets, biographies, autobiographies, children’s books, and board games all streamed from the colonies through missionaries. In keeping with the increasing commercialization of the economy in the period, these products provided a source of fundraising for missions, as well as spreading alternative religion to metropole and colonies.

The Theosophical Society became one of the most important religious organizations of the nineteenth century in disseminating alternative religion among Western empires. Started in New York in 1875, the society became headquartered in India in 1878. This was only nine years after the opening of the Suez Canal in 1869, without which its Indian headquarters would not have been possible without the extensive travel and communications networks that were established by the British presence in India. The society established publishing houses in India, the United Kingdom, and California, as well as nearly four-hundred lodges across the globe in the nineteenth century and translation of its texts was a primary focus for its efforts at globalizing the society.

Theosophy brought together occidental and oriental religious traditions as part of its efforts to achieve a “concordance of world religions”. Its founders believed that all religions were connected and had a single root. They accomplished a more populist engagement with religion than was provided by the academic pursuits of the emerging discipline of comparative religious studies. Founder Helena Blavatsky cherry-picked elements of the Hindu doctrine and traditions that fit with her overall esoteric views. She included material from a lot of sources and traditions, and tried to trace it back to the lost wisdom of the ancient world, including Atlantis and ancient India.

The eighteenth and nineteenth centuries was a key transformation period for the growth of imperialism and alternative religion. This was a time when it became widely possible for individuals to choose their own religion by engaging with it through occult societies and the private sector. This occurred in an environment of growing globalization and fascination with the East. Against this backdrop, occultists drew on the philosophies of the ancient world and Eastern religion to give their doctrines an exotic flare.

In many ways, the only thing new today about New Age religion is the degree to which we have access to commercialized religious products. Now we have quick access alternative religion through television, DVDs, the Internet, and Amazon.com. Most importantly, we should keep in mind that this is a constructed vision of ancient and Eastern religions given to us by the imperial expansionism of the eighteenth and nineteenth centuries.

One thought on “How Empires Globalized New Age Religion”