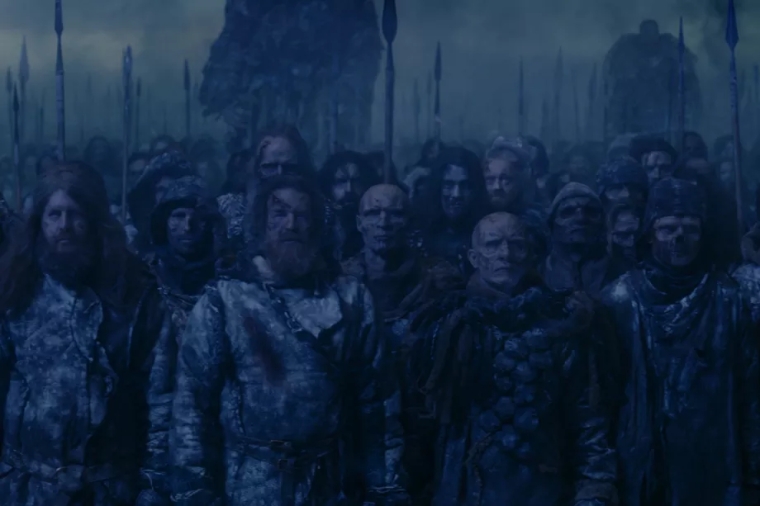 From the political science of Game of Thrones to North Vietnam’s anti-war movement, here are this week’s top picks in imperial and global history.

Game of Thrones’ seventh season, one defined by the show’s most central characters all coming into conflict for the first time, is over. Daenerys, Jon, Cersei, Tyrion, Sansa, and all the rest spent the entire season struggling with one another for power and control over Westeros, each employing different strategies to strengthen their faction and accomplish their objectives. Which makes the season’s end a perfect time to take stock: to assess each player’s strategy, and judge which character did the best with the tools they had available. Who played the Game of Thrones best?

To make this judgment, I looked to science — political science, specifically. The subfield of international relations has spent decades accumulating knowledge on what causes different countries to rise and fall, to succeed at getting what they want or to fail miserably. A lot of this work applies just as well to Westeros, with a little bit of tweaking, as it does to Earth.  So as the season ended, I sat down and thought about which characters were most successful and why. I also consulted with a bona fide expert — Dan Drezner, author of Theories of International Politics and Zombies and a professor of international relations at Tufts University’s Fletcher School — to help figure out how political science helped explain who won and who lost on Game of Thrones this season. What follows, then, is a definitive ranking of whose strategies were best in season seven, from worst to best, focusing only on players who had a major role in the global conflict this season (sorry, Bran, Sam, and Jaime). [continue reading]

On 31 August 1907, Britain and Russia signed an agreement in St Petersburg which put in place the final piece of the alliance system which has widely been considered to have been a major contributing factor regarding the outbreak of the First World War. Since 1918 the Entente has been attributed to concerns about the rise of Germany.  Yet the agreements did not mention Europe, but focussed on Persia, Tibet and Afghanistan.   There were good reasons why Britain and Russia focused on this area, including resolving the historic tension over the region that dated back to the 1830s which had been described as ‘the Great Game’.

In the usual manner of colonial agreements, the negotiations were conducted without consulting the countries concerned, and effectively made them protectorates.  Although frequently regarded as one subject, the Entente consisted of three separate agreements about Persia, Afghanistan and Tibet, combined into one for ratification purposes.[continue reading]

How banks migrated during Partition

As India completes 70 years of Independence and looks at the exciting future lying ahead, we are bound to reminisce over the past 70 years too. This is because of the circumstances which led to both India’s independence and its Partition into two countries.

There is a lot written about the political history around the events and I would leave that discussion to the experts in the area. I will focus on a domain with which I am more comfortable—that of monetary and banking history. Even this subject is vast, and I will focus just on migration of banks during the period. Just like people migrated from one region to another, we saw similar things happening to banks as well. After all, banks are made by humans. [continue reading]

Andy Hsieh was 18 years old and studying in a boarding school in Shillong when war broke out between India and China in October 1962. Early one morning, he was summoned to the principal’s office, where policemen told him and a few other Chinese-Indians to pack their belongings and leave with them. A week later, Hsieh was put on a train that would take him across the breadth of the country to Deoli, a small town near Kota in Rajasthan.

Although Hsieh was born in India, his family, which ran a restaurant near Digboi in Assam as well as shoe and furniture businesses in Kolkata, was of Chinese origin. They were among 3,000 Chinese-Indians who were rounded up and sent to an internment camp to wait out the war. The war lasted only a month between October 20 and November 21. But Hsieh and several others left the camp only four years later. [continue reading]

North Vietnam Had an Antiwar Movement, Too

When we think back to the signal events of the antiwar movement in 1967, we recall the Rev. Dr. Martin Luther King Jr.’s powerful April 4 speech denouncing the war, the thousands of returned registration cards during the “Stop the Draft” week, and the March on the Pentagon that brought record numbers of demonstrators to the nation’s capital. That year also witnessed global protests condemning the war, as demonstrations in European capitals and the International War Crimes Tribunal issued powerful rebukes against American intervention in Southeast Asia. News coverage of the war also shifted that year, including the first call by The New York Times for a halt to the bombing and the initiation of peace talks.

Less well known, but just as significant, was the antiwar “movement” in North Vietnam. Less a movement than a heterogenous array of voices, it included a wide swath of North Vietnamese society, within the government and among the general public. [continue reading]