Earlier this month, President Donald J. Trump lent further credence to various figures in far-right politics by retweeting the complaints of prominent far-right activists recently  banned from social media platforms. In late April, he also doubled down on remarks he originally made in the wake of the 2017 Unite the Right rally in Charlottesville, Virginia, which left one counter-protester dead and many others wounded, after which he infamously stated “You also had some very fine people on both sides.” These are of course, just the latest instances in a long line of Trump’s support for American white nationalism, from his prominent role in the “Birther” movement during the Obama years, to his lukewarm condemnation of David Duke’s endorsement of his campaign in 2016, to his references as president that “people from shithole countries” in Africa and the Caribbean should be kept from immigrating to the US, that Haitians “all have AIDS,” and defending his earlier claims that Latin American men were a bunch of drug traffickers and rapists. As these examples highlight, the President’s career and the media’s coverage of his election and tenure in office have often provided oxygen, publicity, and legitimacy for once discredited white nationalists and other far-right activists that seek to re-establish themselves as respectable and mainstream under their preferred label of the “alt-right.”

Unsurprisingly, there is little new about the American far-right’s contemporary campaigns to court the media and edge their way into public discourse. In the 1970s, neo-Nazi and former Grand Wizard of the Ku Klux Klan David Duke earned notoriety and found moderate success by reviving and re-branding the KKK to appeal to different audiences. In public, Duke disavowed violence and tried to present his group as a peaceful civil rights group for white Americans. The Klan’s ranks were opened up to Catholics, once reviled because of their supposed allegiance to the un-American Papacy, while women were welcomed as new soldiers in this white supremacist “Invisible Empire.” Nonetheless, David Duke’s publicity stunts, such as the infamous “border patrols” where the Grand Wizard posed for cameras in California while on guard for illegal crossings, often attracted more reporters than supporters. He ultimately failed to transform the Klan into the publically respectable group that could influence mainstream institutions and gain electoral victories. Duke now distances himself from his past leadership of the Klan, and like others in the contemporary far-right movement, seeks to avoid any association with the infamous terrorist group. END_OF_DOCUMENT_TOKEN_TO_BE_REPLACED

When Donald Trump repeatedly equated the far-right activists who marched in Charlottesville, Virginia with the anti-fascist counter-protesters, the media’s reaction was swift and clear. The next covers of both the New Yorker and The Economist featured cartoons of Trump and a Ku Klux Klan hood. In one, the president guides a ship of state with a sail shaped like a hood; in the other, he shouts into a megaphone designed to look like the infamous white headpiece.

To many commentators, the Klan costume is now the perfect visual sleight with which to decry Trump’s cack-handed false equivalence. After all, hoods and burning crosses are the most potent icons of American white supremacy, an easy shorthand for racism and bigotry. But despite the scenes of extrovert white supremacists on the march with burning torches in Charlottesville, something important has changed: today, there is essentially no such thing as “the Klan”. END_OF_DOCUMENT_TOKEN_TO_BE_REPLACED 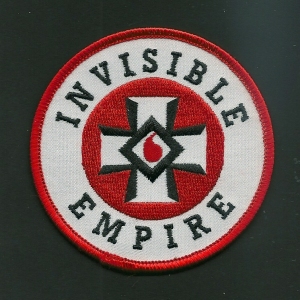 Historians are used to the concept of formal and informal empires. They are used to empires expanding and empires declining. Most are perhaps less familiar with a concept bandied about in the United States from the late 1860s to the mid-1930s – that of an “invisible” empire.

In reality this empire was anything but invisible. Born in the turmoil of the post-Civil War South, by the mid-1920s it had spread to all mainland states of the Union, claiming some ten million members.

It was also known as the Ku Klux Klan. END_OF_DOCUMENT_TOKEN_TO_BE_REPLACED