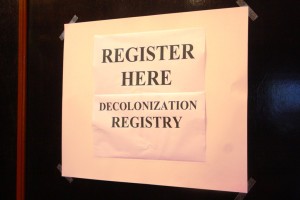 Decolonisation and its Impact in Europe’ Conference, to be held at the University of Exeter, December 2-3, 2013.

The unravelling of European empires was foundational to the making of the modern world. An old imperial order was swept away, and a new age of nation states rapidly replaced it. Whilst decolonisation played a fundamental role in the shaping of post-war world, its repercussions for Europe itself, and its legacies in a host of political, social and cultural spheres, are still relatively little examined.This conference will examine how the global dynamics of decolonisation had an impact not only on the ‘western core’ of the continent, but also in state socialist eastern Europe, and in southern Europe, which have been hitherto little considered in this light.

Panels will consider, variously, the new ways in which Europeans engaged with the post-colonial world, the reshaping of European identity in the light of decolonisation, its impact in European nations that saw themselves as anti-colonial,  its appeal in European radical politics,  the writing of  ‘entangled histories’ of the end of Empire, and legacies of decolonisation across the continent.

A Draft Programme can be viewed here.