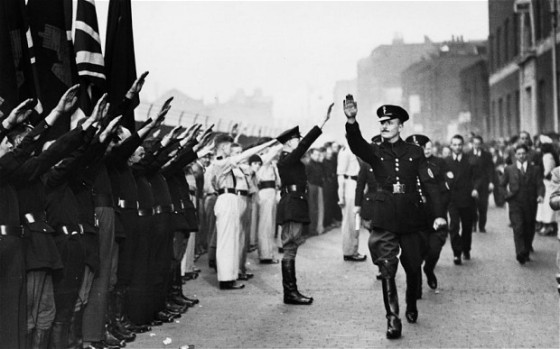 ‘Our world mission is the maintenance and development of the heritage of Empire,’ the leader of the British Union of Fascists (BUF), Sir Oswald Mosley, declared in the BUF’s journal, Fascist Quarterly, in 1936. Although often overlooked by scholars of British fascism, this pro-imperial sentiment was central to the ideology of the BUF. For the BUF, the maintenance of the British Empire was imperative – key to keeping Britain’s place within the world and ensuring living standards in the domestic sphere.

Britain formed the metropole of the Empire, but the settler colonies (achieving Dominion status just prior to the inception of the BUF) were also seen as integral to the preservation of the Empire. Australia, New Zealand, Canada and South Africa were viewed by the BUF as bastions of the imperial spirit that would help revive Britain at the core of the Empire and create what Mosley described as a ‘Greater Britain’, resurrecting a term that had first appeared in the late Victorian period. [continue reading]

One thought on “7. Australia & the Fascist Idea of Greater Britain”