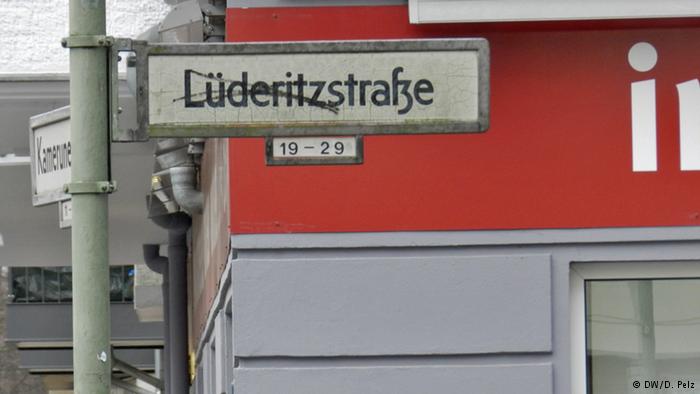 From the forgotten women behind the British Black Panthers to Berlin’s battle over colonial-era street names, here are this week’s top picks in imperial and global history.

The Forgotten Story of the Women Behind the British Black Panthers

First confession, I don’t deny how hugely talented she is but I am not exactly the world’s biggest Beyoncé fan (cue face with open mouth emoji). When her now infamous Super Bowl performance landed in our Twitter feeds last month, it seemed everyone and their dog launched into a critical analysis of her true intentions (including me). Her performance and the video for Formation drew on lots of topics involving African American struggles from Ferguson when the young boy in her video puts his hands up in front of the row of police officers, the politicisation of hair with the lyric ‘I like my baby hair with baby hair and afros’ referencing the negatives comments made about Blue Ivy’s hairstyles, and the sinking New Orleans police car where the aftermath of Hurricane Katrina is still affecting its predominantly black American inhabitants.

The costumes of her backing dancers at the Super Bowl were intended to reference the Black Panther Party, a tribute to its 50th anniversary. The large majority believed she was speaking out for the BlackLivesMatter movement – a powerful campaign that highlights the injustices suffered by black and brown people.  It’s a global movement but you probably haven’t noticed that there has been significantly less coverage of black British oppression involving women. [continue reading]

So, the arbiters of political correctness gone mad have apparently decided we need a quick top-up lesson on Australian Indigenous history. Or something. It’s not quite clear what, precisely, they think. “University of NSW students told to refer to Australia as having been ‘invaded’”, screams today’s headline in Sydney’s Daily Telegraph about a guide at the university for “appropriate language use for the history, society, naming, culture and classifications of Indigenous Australian and Torres Strait Islander people”. 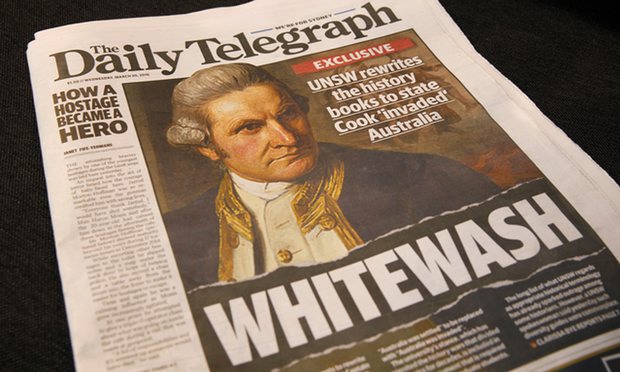 Have a look at the guide and judge for yourself. You might agree with all of it, some of it or none of it. Or you might not care either way. I’m fine with most of it and that which I’d contest if I could be bothered – such as the “Dreamings” being more appropriate than the “Dreamtime” – are neither here not there. But, horror, the Tele warns – “students are being told to refer to Australia as having been ‘invaded’ instead of settled in a highly controversial rewriting of official Australian history”. [continue reading]

Where are All the Black Historians?

BBC Radio 4’s Making History programme recently considered the plight of black historians, taking six minutes to explore the question of whether black historians exist in the UK. A number of white historians gave their perspectives on the issue but the views of black academics like Professor Hakim Adi from the University of Chichester and Dr Olivette Otele from Bath Spa University were also taken in to consideration. Prior to the programme there was a lot of circulation via social media (I personally received about 5 emails) trying to encourage black historians to come out of the woodwork and make contact with the producer to let him know that we existed. I sent an email with the work that I have done over the last fourteen years through my social enterprise Every Generation Media; from talks, workshops, articles, publishing websites such as 100 Great Black Britons, books When We Ruled, Caribbean in Sepia and Masters of the Airwaves. I got an email back reassuring me that I was a black historian!!!

[…] We are part of a wider tradition which has its roots in Africa, Caribbean and in African American communities in post slavery/colonial and Jim Crow societies as organic/public intellectuals in using the black historical experience in fighting for racial inequality and social justice. Paul Gilroy, in his book The Black Atlantic, describes this tradition from the time of Olaudah Equiano. The works of Harold Cruse (The Crisis of the Negro Intellectual: A Historical Analysis of the Failure of Black Leadership), Manning Marable (Dispatches from the Ebony Tower: Intellectuals Confront the African American Experience), bell hooks and Cornel West (Breaking Bread: Insurgent Black Intellectual Life) all explore the roles, challenges and expectations of black intellectuals and their relationship with the black community and mainstream scholarship. This tradition values and perspectives not based on Eurocentric thinking around objectivism and empiricism but instead rooted in black experiences of racism and colonisation in challenging stereotypes of beauty, history, civilisation, art, and scientific racism. [continue reading]

Much has been made in the last few days of the University of New South Wales’ “diversity toolkit” offering teachers guidelines on Indigenous terminology. The most controversial directive was a line about using the term “invasion” to describe Captain Cook’s arrival here:

Australia was not settled peacefully, it was invaded, occupied and colonised. Describing the arrival of the Europeans as a “settlement” attempts to view Australian history from the shores of England rather than the shores of Australia.

This story made the front page of the Daily Telegraph. Radio personality Kyle Sandilands quickly condemned it as an attempt to “rewrite history”. But detailed historical research on the colonial frontier unequivocally supports the idea that Aboriginal people were subject to attack, assault, incursion, conquest and subjugation: all synonyms for the term “invasion”. [continue reading]

Lüderitzstraße, Nachtigallplatz or Petersallee may seem like perfectly ordinary Berlin addresses. At first sight, they don’t look like places that could generate much controversy. Take Petersallee, for example – white apartment blocks line the street in Berlin’s Wedding area. Paint peels off the outside of a kiosk that doesn’t look like it’s going to open any time soon. Residents are out walking their dogs in the early afternoon rain.

Mnyaka Sururu Mboro isn’t bothered by the look of Petersallee – but the street name makes him angry. “Carl Peters was so brutal,” Mboro told DW. “I cannot understand that some people are proud to have a street named after him in this quarter.” For Tanzanian-born Mboro, Carl Peters (1856-1918) is a household name. He was the driving force behind the foundation of the German colony “German East Africa,” which included today’s Tanzania. Peters earned a reputation for brutality and torturing civilians. [continue reading]