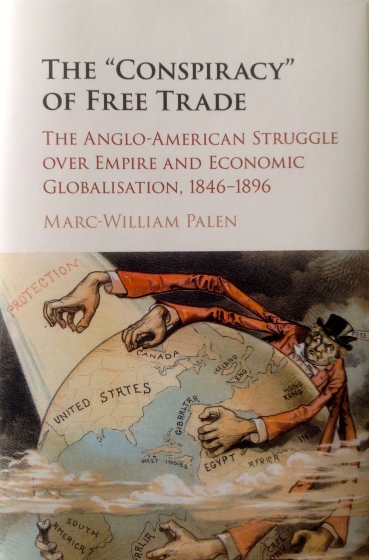 Living as we do in an era where many of the world’s political elites commonly support free trade initiatives, it is perhaps difficult to imagine that the global economy looked very different in the late 19th century. Aside from the notable case of Free Trade England, most nations in the latter half of the 19th century sought safety from the gales of modern global market competition behind ever higher tariff walls, buttressed with government subsidies to domestic industries and imperial expansion. The United States was the exemplar of this global turn to economic nationalism and empire.

In the wake of the Second World War, the United States would become the leading proponent of free trade. But for nearly a century before, American foreign trade policy was dominated by extreme economic nationalism. What brought about this pronounced ideological, political, and economic about face? How did it affect Anglo-American imperialism? What were the repercussions for the global capitalist order? In answering these questions, my new book, The “Conspiracy” of Free Trade (Cambridge University Press, 2016), offers the first detailed account of the controversial Anglo-American struggle over empire and economic globalization in the mid to late 19th century. END_OF_DOCUMENT_TOKEN_TO_BE_REPLACED