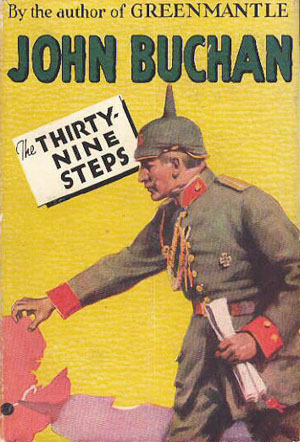 The Guardian recently ran a piece calling for Britons to confront their colonial past by way of now-forgotten empire adventure stories. Professor Richard Toye has done just that, uncovering the imperial side of a stirring adventure tale, The Thirty-Nine Steps (1915).

John Buchan’s 1915 adventure novel The Thirty-Nine Steps, with its dashing hero Richard Hannay, is just a bit of fun – isn’t it? Well, it’s fun all right, but behind it there lays a pretty clear political agenda. Most obviously it’s anti-German, with the plot revolving around a devilish Teutonic plot to steal British military secrets. But there’s also a strong imperial dimension. END_OF_DOCUMENT_TOKEN_TO_BE_REPLACED