This is the newest post kicking off the third week of our roundtable on science fiction and imperial history, co-edited by Marc-William Palen and Rachel Herrmann. You can read our call for posts here, and the other posts in the series here, here, here, and here. Posts will run twice a week until the second week in July. We look forward to hearing your thoughts!

During the day in the mid-2000s I took classes in imperial history. On Friday and Saturday nights I descended to the basement of the student center at the University of Auckland to take part in an intense, desperate, and sometimes violent feud with five friends over control of the planet of Arrakis through Avalon Hill’s legendary strategy board game, Dune.

The board game was released in 1979, the same year as Edward Said’s Orientalism. These sessions extended long into the night (the game can take ten hours to complete) and both tested and forged friendships as we schemed with, tricked, and betrayed each other. At the time, I didn’t consider any connection between my history classes (or even discussions about Said with the same friends) and these nocturnal contests. In hindsight, though, the source material for the game, Frank Herbert’s 1965 novel, Dune, built on nineteenth- and twentieth-century imperial fantasies of knowledge, control, and power.[1]

On the surface, the novel Dune fulfills a popular imperialist fantasy by granting its main character mastery over native “others” whose superstition and history makes them comprehensible and exploitable. However, it is also a book of schemes, assassination, betrayal, hidden motives, and unexpected consequences. Like the novel’s main antagonists, this fantasy ends stabbed and poisoned on the floor of a broken palace. In certain ways, Herbert’s embrace and subversion of orientalist tropes around knowledge even anticipated modern critiques of empire. END_OF_DOCUMENT_TOKEN_TO_BE_REPLACED

What might a historian of modern empire uncover within the long-running cartoon book series, Asterix the Gaul? Orientalism, French cultural anxiety about American neo-imperialism, and fears of cultural corruption in the face of the forces of global commercialism, of course.

The new Asterix volume, Asterix and the Picts, is not only the first in the series to be drawn/written without the involvement of either of the original creators, Rene Goscinny and Albert Uderzo; it has also led reviewers to wonder whether it can be seen as commentary on Scottish nationalism. END_OF_DOCUMENT_TOKEN_TO_BE_REPLACED 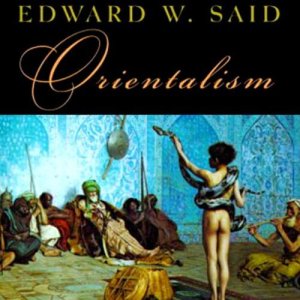 Edward Said (1935-2003) was one of the foremost intellectuals of the Twentieth Century. Heavily influenced by the French philosopher Michel Foucault, his work spanned the fields of literature, history, and post-colonial studies. He was a controversial figure, and none of his work is more debated than his landmark 1978 book Orientalism. Said recast this term so that it referred to the structures of knowledge – or rather discourse – through which Westerners constructed the image of the East. END_OF_DOCUMENT_TOKEN_TO_BE_REPLACED