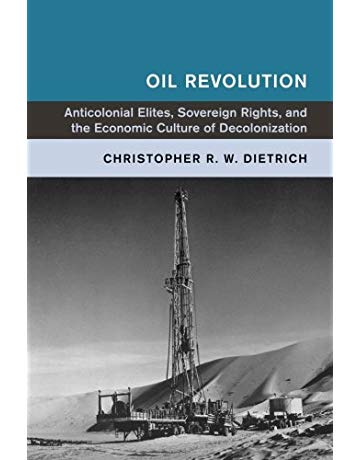 Chris Dietrich’s Oil Revolution innovatively uncovers the entwined history of “black gold,” decolonization, capitalism, and sovereignty in the postwar world. I recently had the opportunity to interview him about his book, which tackles big historical questions surrounding the ideas, policies, and networks of anticolonial elites after the Second World War, stretching from the Middle East to Algeria, Libya, and Venezuela. Dietrich’s wide-ranging story describes how these same elites were able to rewrite the rules of the global oil industry and Decolonization. 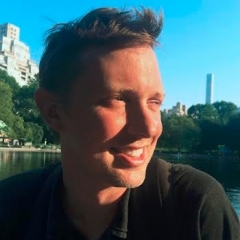 Prof. Dietrich is Associate Professor of History and Director of American Studies at Fordham University. He is the editor of the multi-volume Blackwell Companion to the History of U.S. Foreign Relations. His publications include articles in Diplomatic History, the International History Review, Itinerario, and Diplomacy and Statecraft. He also frequently writes historically centred editorials, including for the Imperial & Global Forum. You can follow him on Twitter @CRWDietrich

How would you summarize your book?

The book excavates the ideologies and policies of two generations of anticolonial oil elites in the era of decolonization, more or less from 1950 to 1975. It analyzes the twists and turns in their attempts to use newly popular theories of development economics and international law to make an argument for their nations’ economic sovereignty in the form of control over the production and price of oil. I undertake this general examination through chronological chapters on the origins and influence of new ideas about development economics and international law, with a close eye at the connected group of protagonists that navigated the international political economy through specific events such as the Iran oil nationalization of 1951, the 1956 Suez Crisis, the 1958 Iraq Revolution, the first Arab Petroleum Congress in 1959, the founding of OPEC in 1960, the creation of new oil laws in Libya, Iraq, Saudi Arabia, and Iran in the 1950s and 1960s, the Arab oil embargo of 1967, the 1969 Libyan Revolution, OPEC’s breakthrough in 1971, the second Arab oil embargo of 1973 to 1974, the fourfold increase in oil prices then, and, finally, the declaration and failure of the New International Economic Order of the 1970s. END_OF_DOCUMENT_TOKEN_TO_BE_REPLACED