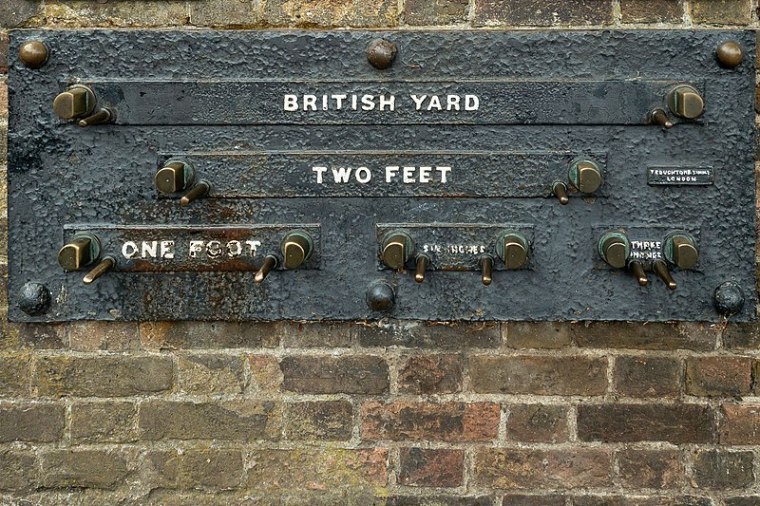 Last year, the return of blue passports was touted as a symbol of Britain taking back control following Brexit. Some in government would now like to see Britain’s imperial measurements make a comeback. As part of a review on EU laws still in place after Brexit, the government plans to remove a ban on selling goods using only imperial units.

The collective memory of many eurosceptics is that the metric system was imposed by Europe in the 1970s upon an unwilling British public. There was political turmoil over quotidian tasks – buying milk and beer in litres rather than in pints. Metric measurements made European integration seem very real, close to home and highly undesirable to some.

A succession of European directives on measurements crystallised and maintained the sceptical view that Brussels was forcing even the Queen to obey European laws. Politicians pointed to Brussels compulsorily replacing pints and inches with litres and metres as evidence that joining Europe meant a loss of British identity.

In fact, metrication was not imposed on Britain after joining the EEC in 1975. British industrialists lobbied politicians to commit to a programme on metrication in the 1960s. The commitment to metrication and currency decimalisation precedes Britain’s entry into the European Common Market. But measurement systems have long been used as convenient tools and symbols for political ends.

The English state had unsuccessfully attempted to introduce standardised measurements at least since the Magna Carta of 1225. Indeed, the traditional imperial measurements in the form we recognise today only date to 1824, with the passage of the Weights and Measures Act.

A select committee of the British parliament in 1758 sought to remove the “despotic influence” of tradition from the British measurement system. But successive legislative reforms of Britain’s measurements in 19th century consistently rejected the decimal metric system.

Ironically, since 1960 all measurement systems worldwide – including the British and US imperial systems – are calibrated to the Système International d’Unités (SI) which in turn are based on the historical metric system devised in France during the 1790s.

Throughout much of history, measurement units were based on the human body or everyday objects – a “foot”, “basket” or “cup”. Nationalised measurement systems – a relatively modern phenomenon – arose with the need for effective tax collection mechanisms and came with increased government control.

Reforms to measurement systems were frequently framed in the language of nation-building. In 1790, Thomas Jefferson argued that (North) American measurements were based on systems brought by the first settlers from England. Jefferson convinced Congress to adopt a decimal currency, but firmly advised retaining the English (imperial) units. The US thus was one of the first nations with a decimal currency, but still fiercely resists using the decimal metric measurements.

The metric system was one of the enduring legacies of the French Revolution and a product of the scientific Enlightenment that swept France in the 18th century. The French demanded “one law, one weight, one measure” on the eve of revolution. But when they were made to use the new metric system in 1793, they resolutely rejected it.

Parisian shoppers were suspicious of the unfamiliar system and thought it gave shopkeepers an unfair advantage. Shopkeepers, who thought otherwise, took to illegally keeping two sets of weights and measures, the old and the new. Even government officials hated using the new, unfamiliar units. Widespread hostility to the new metric system led Napoleon to retract it. Metric measurements were first used in Belgium and the Netherlands before the French began using them in 1840.

Socialism, like colonialism, was also a powerful driver of measurement change. In China, multiple measurement systems coexisted relatively peacefully during the Qing period (1644-1912). But this became problematic during the the Republic of China era (1911-1949) when the multiple systems of measurement generated intolerable confusion in daily life.

The People’s Republic introduced the metric system soon after it was established in 1949. The situation stabilised only after 1985, once the political turmoil of the Cultural Revolution ended. In Russia, the Bolsheviks discarded the old Tsarist system and made metric measurements the “progressive foundation” of the world’s first socialist state.

Changes to measurement systems have historically disrupted finely balanced social relationships and traditional ways of life. At times, this has created an uncertain economic future for the local communities. No wonder ordinary people often protested against such changes.

During the Quebra Quilos Revolt of 1874 in Brazil, rioting peasants smashed the newly introduced metric kilogram weights in local markets. They destroyed property and measuring instruments and beat up shopkeepers. Hence the name of the revolt, which translates to “smash the kilos”.

English people have also protested against compulsory introduction of imperial measurements by the government. When the authorities imposed the unfamiliar Winchester bushel in Gloucestershire, Somerset and Wiltshire, angry mobs rioted against any imposition of imperial standards between 1670 and 1800. So much for the imagined popular “tolerance of traditional imperial measures” by those currently ruling the country.

Yet for all this resistance, history teaches us that people across different cultures and times have always coped – even prospered – with changes to measurement systems.

This article is republished from The Conversation under a Creative Commons license. Read the original article.