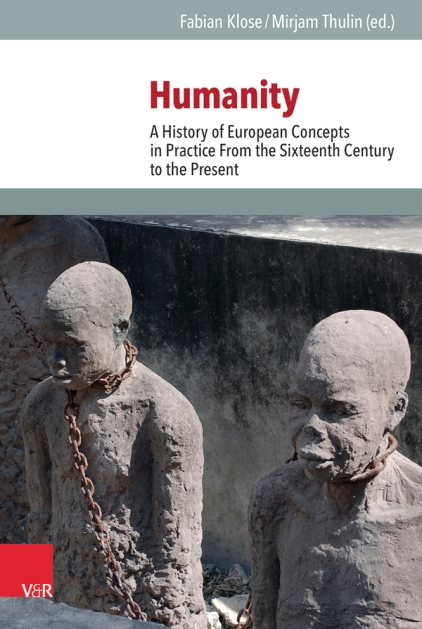 What does it mean to belong to the human race? Does this belonging bring with it particular rights as well as responsibilities? What does it mean to act with humanity? These are some of the big questions lying at the heart of a new edited collection from Fabian Klose and Mirjam Thulin, Humanity: A History of European Concepts in Practice From the Sixteenth Century to the Present (2016). Based on a 2015 conference at the Leibniz Institute in Mainz, the book, as the title suggests, is not a purely conceptual history of the term ‘humanity’.[1] Rather it looks to discover ‘the concrete implications of theoretical discourses on the concept of humanity’ [page 18]. In other words, how did ideas of ‘humanity’ guide European practices in areas like humanism, imperialism, international law, humanitarianism, and human rights?[2] The editors argue that despite the implied timeless, universal nature of the term, humanity is both a changing, dynamic concept, and has been prone to create divisions as much as it promotes commonality. Although the volume is a study of European conceptions of humanity, the contributions are transnational, displaying how conceptions of humanity were practiced in Europe and in the continent’s interactions with the wider world over the course of five-hundred years. END_OF_DOCUMENT_TOKEN_TO_BE_REPLACED