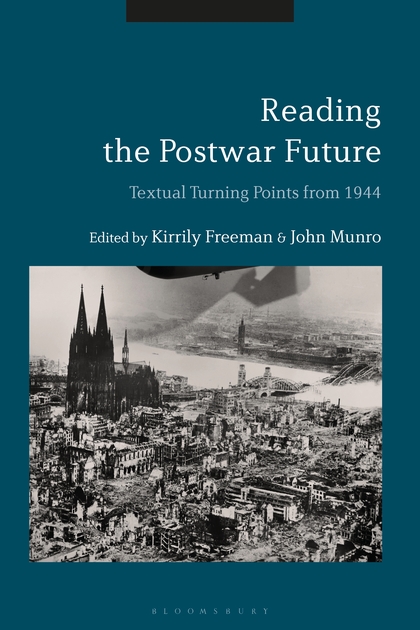 The editors of this volume note its origins “as a cross-corridor conversation along the lines of ‘Have you ever noticed how many influential books were written in 1944?’” (p.x). This conversation gave rise to a project of intellectual history exploring how key texts from this pivotal year reflected on, and helped shape, a different world order. The twelve chapters are not in fact confined to books; there are treatments, for example, of a Kurosawa film (by Chikako Nagayama), of the United Nations Relief and Rehabilitation Administration (by Suzanne Langlois), of the 1944 Democratic Party programme (by Katherine Rye Jewell), and of a Mao Zedong speech made in tribute to a fallen comrade (by Rebecca E. Karl). The Mao speech became “one of the three ‘constantly read articles’ of socialist education campaigns” (p.216). As the editors acknowledge, there are several other texts which might have been included, such as Sartre’s Huis Clos. However, they are to be commended on a judicious selection and on their choice of a novel frame through which to examine a significant historical moment.

F.A. Hayek’s The Road to Serfdom actually receives two different treatments. Radhika Desai compares it to Karl Polanyi’s The Great Transformation which, she argues, has been unjustly neglected. In her analysis, Hayek provided a thin, ahistorical account which attributed the interwar movement towards economic planning to the intellectual failures of “socialists” (who in his view could be found in every party). She argues convincingly that Polanyi’s book “goes for the jugular of the Austrian/Hayekian argument against planning and otherwise interfering in the allegedly spontaneous or natural market mechanism” (p.34). Polanyi rejected the idea that laissez-faire had emerged naturally and that subsequent legislation that departed from it was the consequence of deliberate action by opponents of the tenets of economic liberalism. In fact, he said, laissez-faire was itself the product of purposeful government action, whereas the subsequent limitations placed upon it arose spontaneously because of the threat that free markets posed to key aspects of society. Polanyi, Desai notes, ended up being marginalised in his career, whereas Hayek took laurels which, as far as she is concerned, were wholly undeserved. END_OF_DOCUMENT_TOKEN_TO_BE_REPLACED